Wearing masks made compulsory, not using them can invite action: UP Additional Chief Secretary 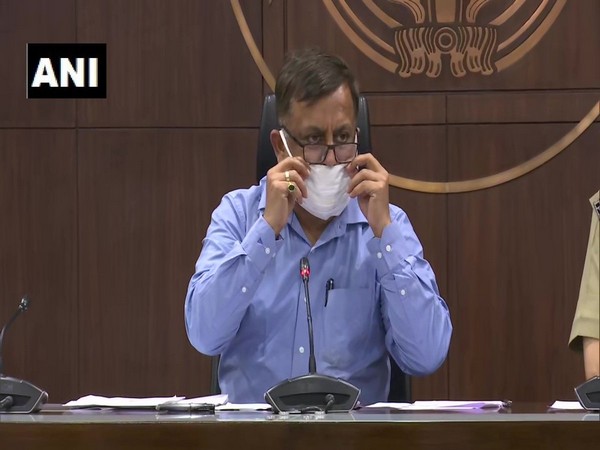 Lucknow (Uttar Pradesh) [India], April 8 (ANI): In the wake of the coronavirus situation, wearing of masks has been made compulsory and not using them can invite action in the state, according to Uttar Pradesh Additional Chief Secretary Awanish Awasthi on Wednesday.
“Wearing of masks has been made compulsory in the state. There can be legal action also for not wearing masks,” Awasthi said at a press conference here.
Uttar Pradesh Director General of Police (DGP) HC Awasthi and the state’s Principal Health Secretary Amit Mohan were also present at the press conference held today.
Earlier, the Additional Chief Secretary had announced that there will be 100 per cent lockdown in the hotspots of 15 districts till the morning of April 15.
Apart from this, Mohan said that the state had a total of 343 confirmed cases of COVID-19, out of which 187 were related to Tablighi Jamaat’s meeting held in Delhi. (ANI)

Take responsibility of a poor family if you want to honour me: PM Modi