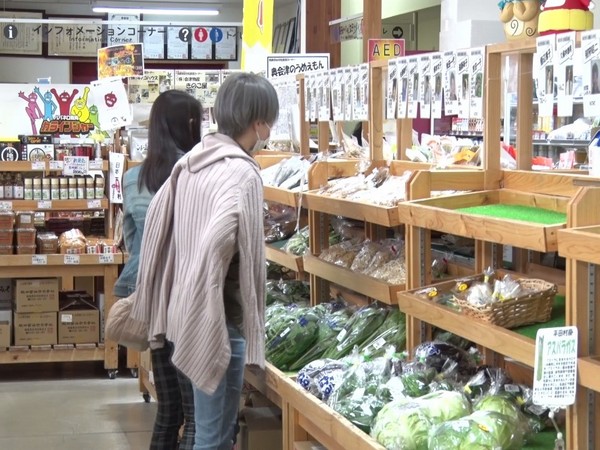 Fukushima [Japan], April 8 (ANI): Fukushima Prefecture which is famous for its agricultural and livestock industry in Japan has recovered from the 2011 nuclear disaster as radiation measurement and inspection of saltwater fish and freshwater fish marked zero level or lowest level.
“Fukushima agriculture technology center”, which inspects and studies the effect of the radioactive substance of food products in Fukushima.
“Agricultural, forestry and fishery product, vegetable, fruit, wild vegetable, mushroom, meat, fish, etc. produced in Fukushima Prefecture are brought here. For measurement of radiation, when placed in a container, it is chopped finely. This increases the accuracy of the measurement. Germanium semiconductor detection is the most accurate device to measure radiation,” said Fukushima Agriculture Technology Centre Kenji Kusano.
This list is the result of the detection of radiation substances of marine products such as fish.
For example, “Sirasu” fish taken from Iwaki city is tested as per the Japanese standard. Japan’s government considers fish with more than 100 becquerels per kilogram unsafe for consumption.
The result shows non-detection due to a smaller number than the value 8.44 of Caesium 134 and the value 7.1 of Caesium 134.
In addition, 28 other types of fish are also undetected, so it’s safe.
In addition, the center publishes new research results obtained by undergoing radiation testing of the food product.
By radiation measurement and inspection saltwater fish and freshwater fish marked zero level or lowest level.
“By visiting the center, visitors were able to understand the safety of food in Fukushima Prefecture. As a result, some countries have canceled food import restriction. When visitors come to see food and inspections by Fukushima Prefecture, we hope that import restriction will be lifted when they come to Japan,”Kusano said.
Fukushima Prefecture is famous for its agricultural and livestock industry in Japan. In the store, there are files of the radiation measurement.
After the measurement of food safety, people enjoy fresh and delicious Fukushima food.
“Fukushima prefectural Centre for Environmental Creation” has the exhibition to learn about the tragedy of the Great East Japan Earthquake and the accident of Fukushima Nuclear Power station, the renewable energy that is alternative to nuclear power, and Fukushima prefecture’s effort of recovery. (ANI)

Hamilton to propose to Scherzinger

Clarity on number of new bank licences by October: Secretary