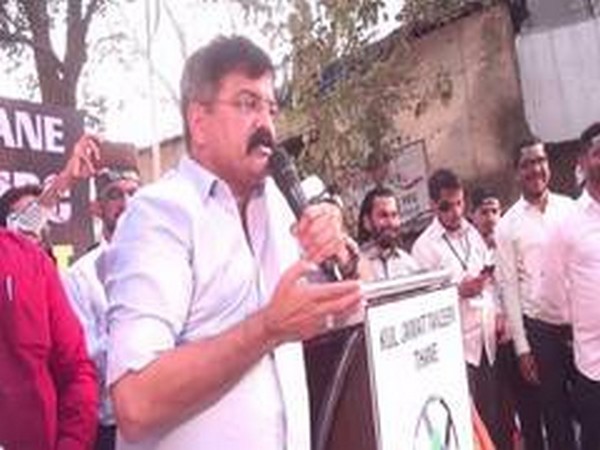 Mumbai (Maharashtra) [India], April 7 (ANI): BJP leader Devendra Fadnavis on Tuesday demanded the expulsion of Maharashtra Housing Minister Jitendra Awhad from the state Cabinet for allegedly getting a man beaten up by the police for a derogatory post on social media against him.
Former chief minister Fadnavis said that Awhad should be expelled from the Cabinet for the act.
Meanwhile, reacting to BJP MLC Niranjan Davkhare’s allegations against him on Twitter, Awhad said that the man was using social media for vulgar messages against “Rashtravadi leaders”.
“I do not support anybody who takes law in hand but the same person was using his social media for vulgar msgs against rashtravadi leaders. Is this pervert right?
Is he protected by you all? I can put 200 more proofs of his misuse of his social media,” Awhad tweeted. (ANI)