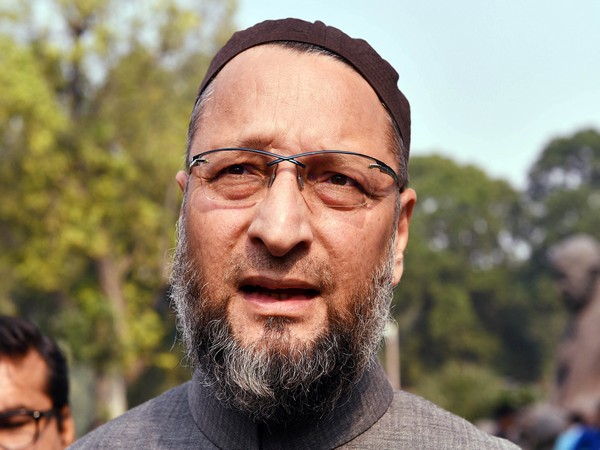 New Delhi [India], Dec 14 (ANI): All India Majlis-e-Ittehadul Muslimeen (AIMIM) leader Asaduddin Owaisi on Saturday moved the Supreme Court against the validity of the Citizenship Amendment Act that was given the final assent by President Ram Nath Kovind earlier this week.
Other than Owaisi, Assam Leader of Opposition Debabrata Saikia, lawmakers from Assam Abdul Khaleque and Rupjyoti Kurmi have also knocked on the doors of the apex court challenging the legality of the Act.
Earlier today, Prathapan, who is an MP from Thrissur constituency, sought a direction to apply the provisions of the Act and certain other sections to all the victims of persecution who are in the territory of India.
The Act provides citizenship to Hindu, Sikh, Buddhist, Jain, Parsi and Christian communities who faced religious persecution from Pakistan, Bangladesh, and Afghanistan and arrived in India before December 31, 2014.
The Citizenship (Amendment) Bill became law after receiving the President’s assent earlier this week following a debate in the Parliament.
More than a dozen petitions challenging the legality of Act have already been filed in the apex court. The petitioners include Trinamool Congress (TMC) MP Mahua Moitra, Congress MP Jairam Ramesh, two NGOs, Uttar Pradesh’s Peace Party, among others. (ANI)

Arteta ‘disappointed and frustrated’ after defeat against Tottenham

Indore observes lockdown on Sunday as cases surge to 5,352

In Haryana, students can enroll in class XI through WhatsApp