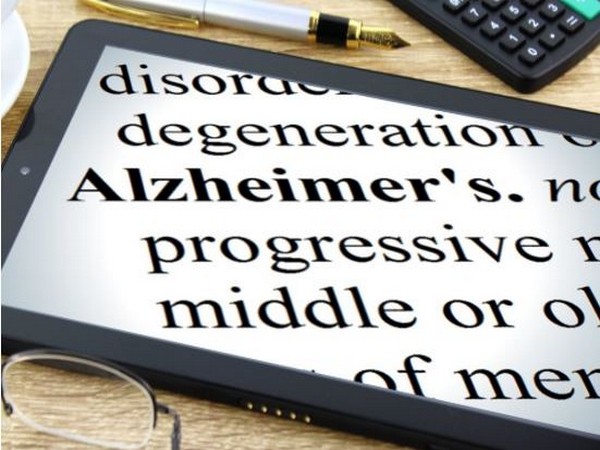 Washington D.C. [USA], Feb 15 (ANI): A recent study reported that early, subtle differences in cognitive performance, such as fewer words recalled on a memory test, are a sign that harmful proteins are accumulating in the brain, even if levels of those proteins do not yet qualify as dangerous.
Researchers at the University of California San Diego School of Medicine, with colleagues elsewhere, contributed to the study, which published in the journal Biological Psychiatry.
Pathologically, AD is primarily characterised by the accumulation of protein plaques called b-amyloid (Ab), which gradually accumulate in the brain, disrupting cell function and eventually killing affected neurons. The second type of protein, called tau, also accumulates abnormally inside neurons, damaging functions.
In the progression of AD, Ab levels build in the brain, but the process leading to abnormally high levels is typically long. It is often years or decades before consequential symptoms of severe cognitive impairment appear. A new framework from the National Institute on Aging and Alzheimer’s Association defines the first stage of AD to be individuals with abnormal levels of Ab who are still cognitively normal.
“Although AD pathology, and Ab in particular, appear long before severe cognitive deficits appear,” said first author Jeremy A. Elman, Ph.D., assistant professor in the Department of Psychiatry at UC San Diego School of Medicine, “recent evidence suggests more subtle cognitive changes may appear earlier in the disease than commonly appreciated.”
Elman and colleagues, including senior author William S. Kremen, Ph.D., professor of psychiatry at UC San Diego School of Medicine, sought to determine whether poor cognitive performance, however subtle, might be a predictor that current Ab-negative levels (accumulations below the threshold for AD diagnosis) were likely to become Ab-positive.
“Once a person reaches the point of being Ab-positive, it means that there is already substantial underlying pathology,” said Kremen. “It would be advantageous to identify at-risk individuals before they develop substantial amyloid burden to improve treatment efficacy and slow progression to AD dementia.”
The researchers conducted a pair of non-invasive cognitive tests on 292 participants in the Alzheimer’s Disease Neuroimaging Initiative, an ongoing study to assess whether the use of medical imaging, biological markers, and clinical assessments can be combined to measure the progression of cognitive decline and early AD.
All of the participants were Ab-negative at baseline testing and displayed no dementia; 40 participants would progress to Ab-positivity during the study and follow-up period.
The scientists found that participants who tested with lower baseline cognition were at significantly higher risk of progressing to Ab-positivity. That is, low test scores indicating poorer cognitive function suggested amyloid plaque levels that, while not yet considered to be problematic, were likely rising and would ultimately reach the threshold definition of AD.
“We found that subthreshold levels of baseline Ab were predictive of future accumulation, adding to evidence that even low levels of Ab are clinically relevant, but that cognitive performance was still significantly predictive even after controlling for this pathology,” said Elman.
The findings, wrote the researchers, suggest that low-cost, non-invasive cognitive testing is useful for identifying persons who may be at risk for developing AD, making them ideal candidates for therapeutic intervention and clinical trials. (ANI)

Nick grooves to Bollywood number with his ‘forever Valentine’ Priyanka

India face must-win match against Iran in AFC U-16…