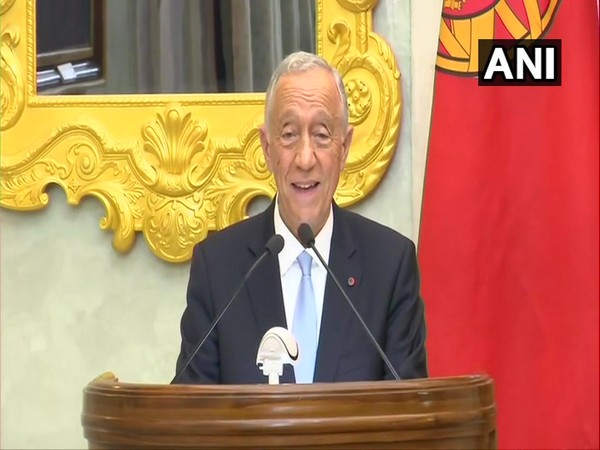 New Delhi [India], Feb 14 (ANI): Portugal on Friday extended support for India’s bid for a permanent seat in the United Nations Security Council (UNSC), saying New Delhi is key to the balance of power in the world.
“There is Portuguese support for your belonging a permanent member of the security council. It is a kind of recognition of your role in the world… You are the key country for the balance of the power in the world,” said Portuguese President Marcelo Rebelo de Sousa during the issuance of a joint statement with President Ram Nath Kovind.
Kovind thanked Portugal for its support for India’s bid for the UNSC seat.
“We thank Portugal for its steadfast support to India’s permanent membership of the UNSC,” said Kovind in his remarks.
Marcelo, who is on a four-day visit to India, said that it is “deeply emotionally touched” with the warm reception he has received.
“Namaste, I am deeply emotionally touched with your very warm reception not just the invitation but the reception that I have received. We feel that we live in a new era, in a long-lasting friendship, that is facing future,” he said.
Marcelo also announced that President Kovind has accepted his invitation for a visit to Portugal next year. “I invited President Kovind to visit Portugal. I am so glad you (Kovind) could accept it for next year,” said Marcelo. (ANI)

11 civilians killed in US airstrike in Afghanistan

PM Modi reaches out to protesting farmers, cautions them against falling prey to…

Salt and protein in food lead to post-meal sleepiness