Hardeep Singh Puri hands over registry papers to 34 unauthorised colony residents, says process had nothing to do with Delhi elections 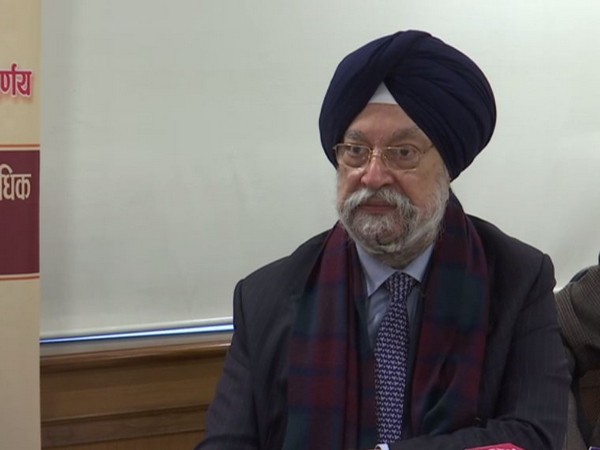 New Delhi [India], Feb 15 (ANI): Union Minister Hardeep Singh Puri handed over registry documents and conveyance deeds to 34 persons living in unauthorized colonies in the national capital and added that the Centre, irrespective of the election results, is planning to complete the exercise soon.
“The conferring of ownership rights to the residents of the people living in unauthorised colonies has nothing to do with the elections. The process was not stopped due to the elections. We have proved that it can be done and it is being done and we are determined to complete this exercise within a reasonable time frame,” Puri said at a press conference on Friday.
“As of February 14, more than 2 lakh 15 thousand people have registered in the portal (to get their ownership rights). The second stage will be when occupants will be asked to produce documents that are listed and are then vetted,” Puri said.
He said that despite facing opposition from ‘cynics’ the government had proven its commitment and intent by handing over the documents to the people.
“I was working towards this since 2017, it had nothing to do with elections, neither the announcements were made keeping them in mind,” he said.
Earlier on January 4, Puri had handed over the registry deeds and conveyance deeds to 20 persons living in unauthorised colonies in the national capital and added that the department had received applications for close to 60 thousand houses.
“Today we are giving registry documents to 20 persons of Delhi living in unauthorised colonies. Registration applications of 55-60 thousand people have reached the department due to which there are some issues of overloading on the servers. New servers will be put in place so that difficulties do not arise,” Puri said at the event here on Friday.
The minister termed the event as ‘ceremonial’ and added that in future the registration papers will continue to be handed over to the beneficiaries.
The first registration deed was handed over to one Pinki Sharma, a resident of Suraj Park Colony in the national capital by the Union Minister for Housing and Urban Affairs under the Prime Minister- Unauthorized Colonies in Delhi Awas Adhikar Yojna (PM-UDAY). (ANI)