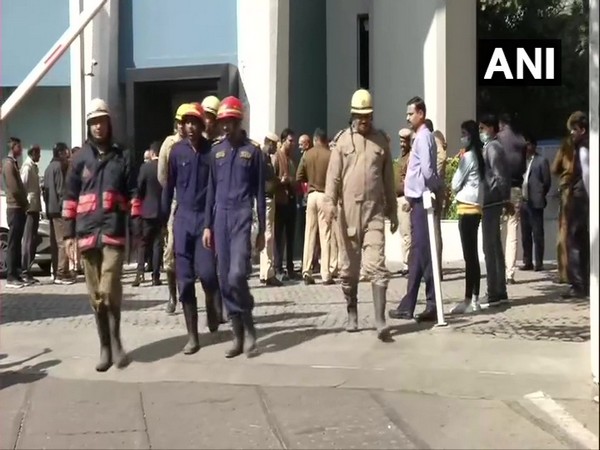 New Delhi [India], Feb 15 (ANI): A First Information Report (FIR) has been registered in The Park Hotel matter after a fire broke out at the five-star hotel in Delhi’s Connaught Place on Saturday, said Delhi Police.
“An FIR under Section 285/337 of the Indian Penal Code (IPC) has been registered in The Park Hotel matter,” said Delhi Police.
The hotel in its official statement has said that the cause of the fire was a short-circuit.
“We are concerned about the incident that took place at the basement of the hotel today. There was a short circuit that led to a minor fire, the situation was quickly normalized. Some guests exposed to the smoke of the fire have been sent to the hospital for a thorough check-up,” said The Park in a statement.
“Safety has always been our top priority and we assure that all our guests and employees are safe. An investigation has been launched to get to the bottom of the incident to ensure we can take measures to avoid a similar situation in future,” the statement added.
A minor fire broke at the Hotel today morning, causing panic in the complex. The flames, however, were doused off by fire-fighters.
The incident happened around 9 am in the basement of The Park Hotel, located opposite Jantar Mantar when the Rajinder Nagar police station received a call about the fire.
“We got first information around 11:45 am from Rajinder Nagar police station at first, and then the hospital,” Deepak Yadav, New Delhi’s Additional Deputy Commissioner of Police, told ANI.
More than a dozen people, including foreigners, were admitted to a hospital after they complained of breathlessness caused by the smoke.
“Around 15 people were admitted to the hospital, out of which 12 people have been discharged now,” Yadav added. (ANI)

No appointment, but Shaheen Bagh protesters insist on meeting Amit Shah on Sunday

Official statement regarding the encounter with Vikas Dubey to be released soon, says…

SC notice to Centre, Kerala, others on plea to ban use of explosives to ward off wild…

Heavy rains in many parts of Tamil Nadu, may continue for next 24 hrs: MeT