CAG report is on missing guns in Kerala police, I have no role, says Guv Arif Mohammed Khan 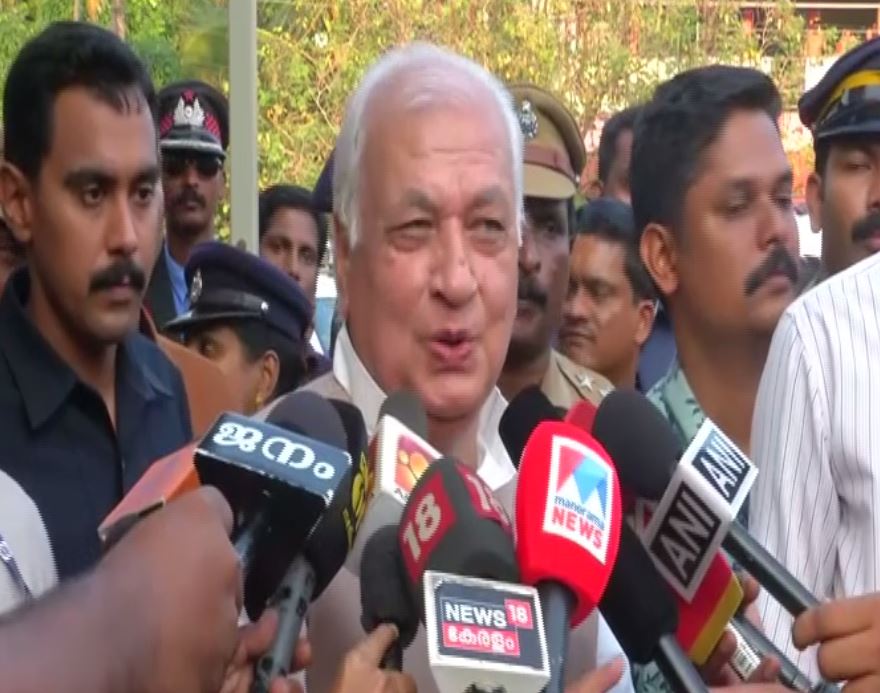 Kochi (Kerala) [India], Feb 15 (ANI): Kerala Governor Arif Mohammed Khan said that the report of the Comptroller and Auditor General of India (CAG) was for the government and that he had no role to play in it.
“This is for the government, not for me. There is a procedure for everything…We have institutions and we must learn to respect them. This report will go to PAC, from there it might go to Assembly. I have no role in that,” Khan told reporters on Friday.
The CAG report on the audit of modernisation of weapons in Kerala Police has found that 25 rifles and 12,061 live cartridges are missing from Special Armed Police Battalion (SAPB).
The audit also observed that the Stock Register and related records of arms and ammunition in the SAPB were not properly maintained.
“The entries in the Stock Registers had many over writings, use of white correction fluid and striking off of entries etc. The entries and corrections were not properly authenticated. The audit could not find any evidence of the conduct of periodical physical verification by higher officers from the records available at SAPB,” the CAG report stated, and also went on to point out other shortcomings.
The opposition in Kerala had demanded a probe by an agency like CBI or NIA in the case. (ANI)

IPL 13: A good line and length is difficult even for Kohli…