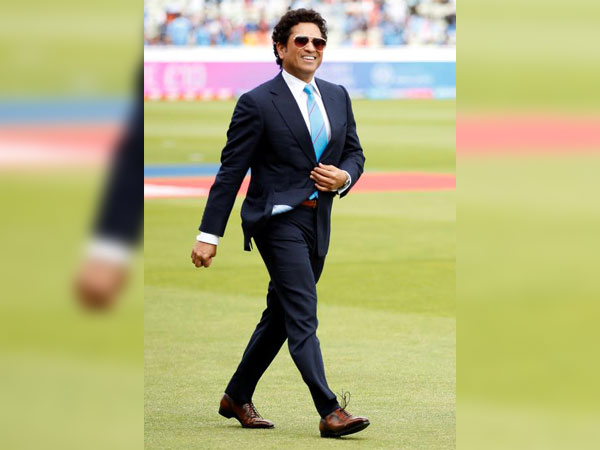 Mumbai (Maharashtra) [India], Feb 13 (ANI): In the opening match of the Road Safety World Series, former cricketers Sachin Tendulkar and Brian Lara will face each other here at Wankhede Stadium.
The opening match of the tournament between India Legends and West Indies Legends will be played on March 7. The Wankhede Stadium will host two matches out of the total 11 games.
MCA Stadium in Pune and DY Patil Stadium at Nerul in Navi Mumbai will host four matches each while the final will be played at the Brabourne Stadium, the Cricket Club of India (CCI) ground on March 22.
Road Safety World Series, a five-nation T20 cricket tournament, will showcase some of the biggest names in cricket from India, Australia, Sri Lanka, West Indies, and South Africa.
Some notable players who will feature in this Series includes Tendulkar, Virender Sehwag, Yuvraj Singh, Zaheer Khan, Lara, Shivnarine Chanderpaul, Brett Lee, Brad Hodge, Jonty Rhodes, Muttiah Muralitharan, Tillakaratne Dilshan, Ajantha Mendis and many more. Former India captain Sunil Gavaskar is the Commissioner of the Series.
The main aim of the Series is to create awareness about road safety and change people’s mindset towards their behaviour on the roads.
RTO Chief of Thane (Konkan Range), Ravi Gaikwad, who is also a senior member of the Road Safety Cell of Maharashtra and Chairman of the Trust Shant Bharat Surakshit Bharat, is hoping that the series will create awareness towards road safety in the country.
“There has been a lot of excitement towards this tournament and people were eagerly waiting for the schedule and the tickets. I am extremely glad for the fans and I am sure they will come in large numbers to cheer for the legends and also support this important cause of creating awareness towards road safety in the country,” he said.
“Road safety is a serious concern, one person dies every 4 minutes in India and we all should join hands to make our roads safe and save precious human lives,” Gaikwad said in a statement. (ANI)

After Mandeep, other players who tested positive for COVID-19 shifted to hospital as…

90 minutes like warriors: Marquinhos wants PSG to give everything during Atalanta…

PM to launch platform for ‘Transparent Taxation – Honoring the…

Natural for MLAs to be upset, will work together, says Gehlot as rebels return

Starc to be at peak fitness to face Windies, Proteas

Modi appeals for peace in Kashmir