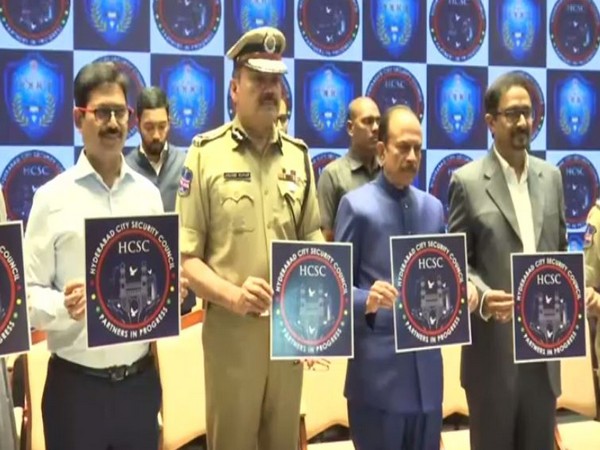 Hyderabad (Telangana) [India], Feb 14 (ANI): Telangana Home Minister Mohammed Mahmood Ali launched the logo for Hyderabad City Security Council, which has been formed for improving the law and order situation in the city.
Some members were also added to the security council on the event held on Thursday.
“Hyderabad City Security Council has been already working in Hyderabad. Here all the senior and reputed members of society are made members of the council. These members are called for a meeting in every 2 months, in which they give their inputs for the betterment of the security facilities in the city,” Ali told reporters here.
Further praising the city police department he said, “In India, Hyderabad City Police is among the best in controlling law and order. Safety of the outsiders and other state visitors is also taken care of very well here. I urge more people to join the security council.”
The Home Minister credited Chief Minister K Chandrasekhar Reddy for stressing upon the need for security and for improving the efficiency of the Dial 100 number in the state. (ANI)

A year of Pulwama terror attack: What happened and how India responded

No need to panic about increasing number of coronavirus cases, says MoS Ashwini…

Edufair by Eduguy connects over 2000 students, 200 courses in 40 virtual auditoriums to their dream careers and colleges