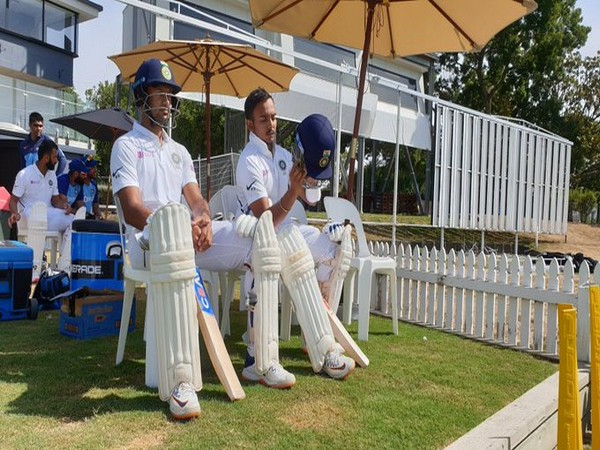 Hamilton [New Zealand], Feb 14 (ANI): In what can be seen as a worrying sign for the Indian Test team, youngsters Prithvi Shaw, Mayank Agarwal, and Shubman Gill failed to impress with the bat on Friday in the ongoing practice match against New Zealand XI.
Shaw and Gill were dismissed for a duck while Agarwal managed to register just one run.
All the batsmen were dismissed by Scott Kuggeleijn and as a result, the side was reduced to 5/3 in the seventh over.
For the practice game, the two teams mutually decided that the visiting team will bat first in the three-day warm-up game.
In the ongoing practice match, Ajinkya Rahane played a knock of 18 runs, but Jimmy Neesham dismissed him in the 16th over, reducing India to 38/4.
Regular opener Rohit Sharma has been ruled out of the Test team due to an injury and in place of him, one of Shaw or Gill are likely to play the match. India will take on New Zealand in the first match of the two-Test series, beginning February 21 at Wellington.
Hanuma Vihari and Cheteshwar Pujara retrieved the innings for the Indian side in the practice match.
While filing this report, India reached a score of 128/4. (ANI)

2009 Lahore terror attack taught me about my character: Kumar Sangakkara

COVID-19: Arrangements made for supply of seeds and fertilisers to farmers in…

Borders with Delhi will be opened after discussion with Kejriwal govt, says Haryana…

Hope these first showers only bring joy, not drama: Vicky Kaushal as he shares picture of cloudy sky