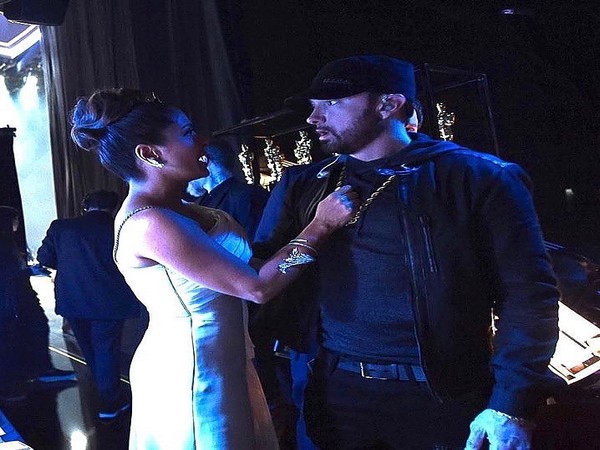 Washington D.C. (USA), Feb 13 (ANI): American film actress Salma Hayek, who met Eminem at the 92nd Academy Awards, said that her meeting with the rapper was less than flattering, and the story had a happy ending after she mistakenly spilled water all over him backstage.
The ‘Drunk Parents’ actor shared the moment in an Instagram post and wrote, “In these pictures, it might look like @Eminem and I are best friends, but what really happened is as he was walking offstage and I was getting ready to walk on stage, I was so shocked to see him that I spilled water all over him.” 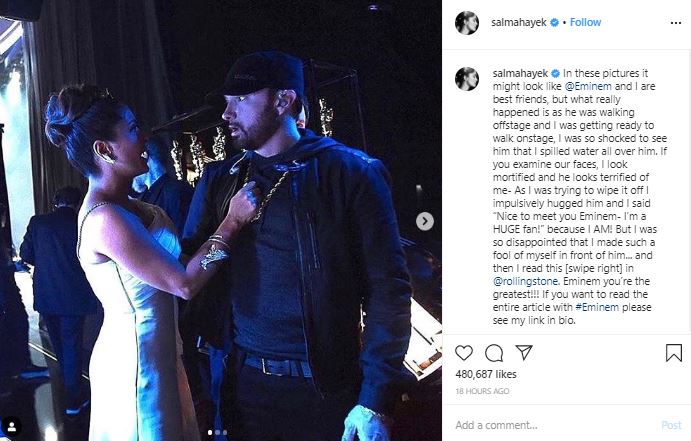 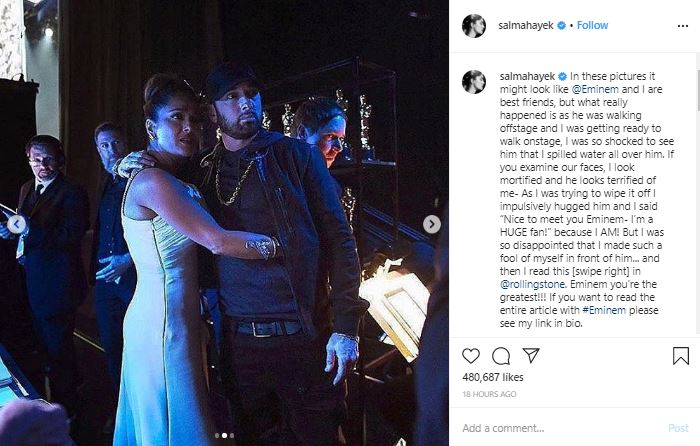 The post included three pictures, the first two frames featured the 53-year-old actor and Eminem, talking and hugging backstage at the ceremony. The third picture shows a quote that Eminem gave to Rolling Stone which noted if the ‘Love the Way You Lie’ rapper enjoyed the Oscars, and he said, “‘ Absolutely,’ he said.’ I got to hug Salma Hayek!'”
Eminem performed ‘Lose Yourself,’ at the star-studded award ceremony, which he was not present to perform in 2003 when the song won an Oscar. (ANI)

Telangana Cabinet to meet on April 19 to discuss coronavirus…