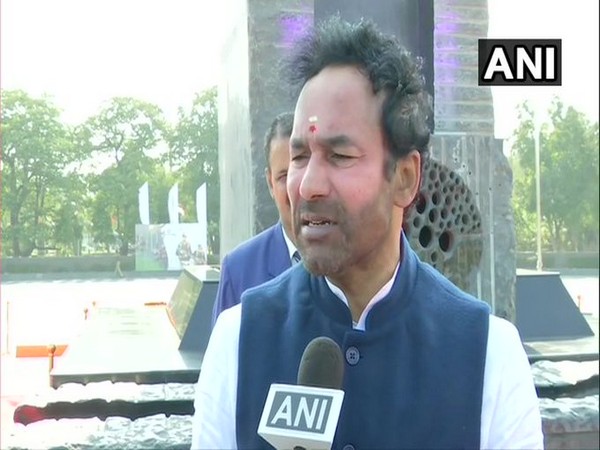 New Delhi [India], Feb 14 (ANI): Minister of State for Home Affairs (MoS) G Kishan Reddy on Friday slammed Congress leader Rahul Gandhi for asking if anyone has been held responsible for the “security lapses” which led to Pulwama terror attack last year on February 14.
Accusing Rahul of insulting security forces through his comments, Reddy told ANI: “Did surgical strike or airstrike ever take place under the Congress rule? For the first time, Pakistan is afraid of us. Rahul Gandhi has insulted security forces by commenting on them.”
“Today as we remember our 40 CRPF martyrs in the #PulwamaAttack, let us ask: 1. Who benefitted the most from the attack? 2. What is the outcome of the inquiry into the attack? 3. Who in the BJP Govt has yet been held accountable for the security lapses that allowed the attack?” tweeted Rahul Gandhi.
It was around 3 pm on this day last year when a Jaish-e-Mohammad (JeM) terrorist rammed a vehicle carrying explosives into the Central Reserve Police Force (CPRF) convoy on Srinagar-Jammu national highway in Pulwama.
Around 40 CRPF personnel were killed when their convoy of 78 buses, in which around 2500 CRPF personnel were travelling from Jammu to Srinagar, came under attack.
Days after the attack, the Indian Air Force on February 26 carried out multiple aerial strikes at JeM terror camps in Pakistan’s Balakot, killing “large number” of terrorists and destroying their infrastructure. (ANI)