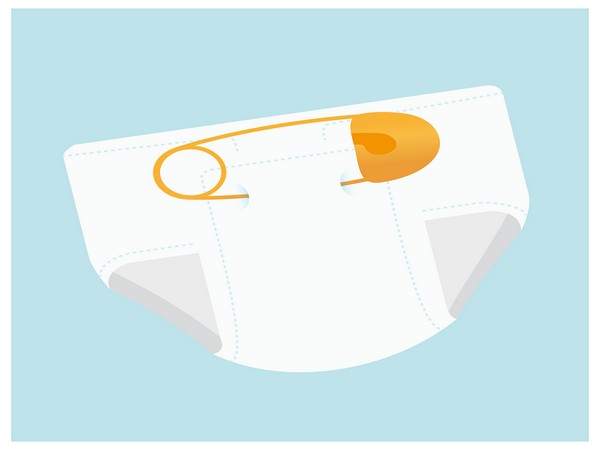 Washington D.C. [USA], Feb 14 (ANI): Scientists from MIT have come up with a cheap and compact Radio Frequency Identification (RFID) sensor that can detect whether a baby has wetted its diapers.
The device is even capable of sending an alert to the caregivers when the toddler has finally done its thing, The Verge cited MIT News.
MIT researchers Pankhuri Sen, Sai Nithin R. Kantareddy, Rahul Bhattacharyya, Sanjay E. Sarma, and Joshua E. Siegel claim that the tiny sensor can be produced for less than 2 cents, which makes it a feasible addition to mass-produced disposable diapers.
The RFID tag comes planted within the hydrogel — an absorbent material — of the diaper.
As the hydrogel becomes wet, it expands and becomes slightly conductive. This phenomenon then activates the tag which subsequently sends a signal to a nearby RFID reader that is placed within a metre from the baby.
The MIT article also revealed that all this happens without the use of any external power source, such as batteries.
When the disaster finally strikes, the RFID reader connected to the home Wi-Fi sends an alert message on the parent’s smartphones.
Before this simple and ingenious invention, big names such as Pampers and Huggies launched their own smart diapers.
However, they were a bit too high-tech for their own good and turned out to be too expensive, cumbersome and bulky. (ANI)

Blast from the past: Priyanka Chopra shares throwback photo of Miss World win

Big B asked for ‘selfie’ in washroom

Shaan shoots with swollen face for ‘The Voice..’