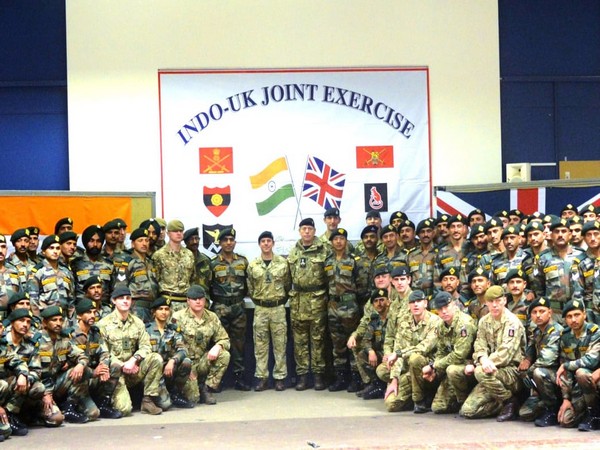 New Delhi [India], Feb 13 (ANI): The fifth edition of exercise ‘Ajeya Warrior 2020’ between the armies of India and the United Kingdom commenced at Salisbury Plains, the United Kingdom on Thursday.
The exercise is aimed at conducting training of troops in counter-insurgency and counter-terrorist operations in urban and semi-urban areas.
Brig Tom Bewick, Commander of UK 7 Infantry Brigade, welcomed the Indian contingent during the opening ceremony.
A Defence Ministry release said that as part of the exercise, important lectures, demonstrations, and drills related to counter-insurgency and counter-terrorism operations will be conducted.
It said both armies will also share their experiences in countering such situations as also refine drills and procedures for joint operations wherever the need so arises.
The release said the exercise was a great step for the armies of the two democratic countries to train together and gain from each other’s rich operational experiences. (ANI)

After 8 years in jail, hotel manager’s killer freed as…