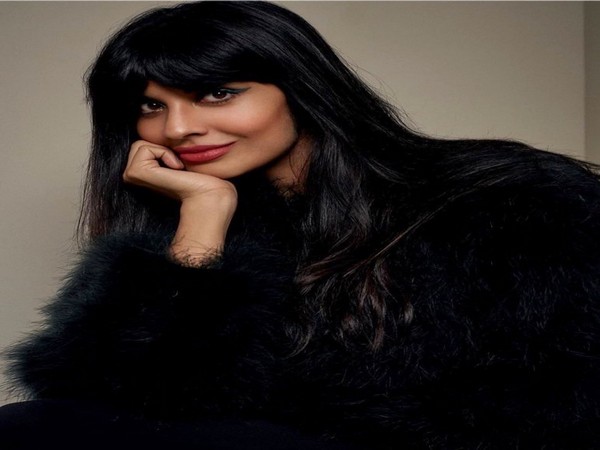 According to Page Six, a thread by writer Tracie Egan Morrissey on Instagram stories that accused Jamil of having Munchausen’s Syndrome went viral this week.

The writer theorized that the actor has many stories about her personal health and accused that she had been fabricating stories about various injuries and illnesses just for the sake of attention.
On Wednesday, Jameela first took to her Twitter account to knock down the rumours as she wrote, “First I’m lying about my sexuality, now I’m now being accused of munchausens? By an unhinged idiot who didn’t even realize in all her ‘research’ that my car accident injury stories are ‘different’ because they were about TWO SEPARATE CAR ACCIDENTS 13 years apart? You can keep it.”
Later, she shared a post on her Instagram telling her fans and followers the actual picture of the story.
Jamila wrote, “Some weirdo stalker started a viral conspiracy thread on my having munchausens apparently. She thought that because my car accident stories was “different” …. that’s because they were about two separate car accidents 13 years apart. In her rush to bully and drag, she forgot to read.” 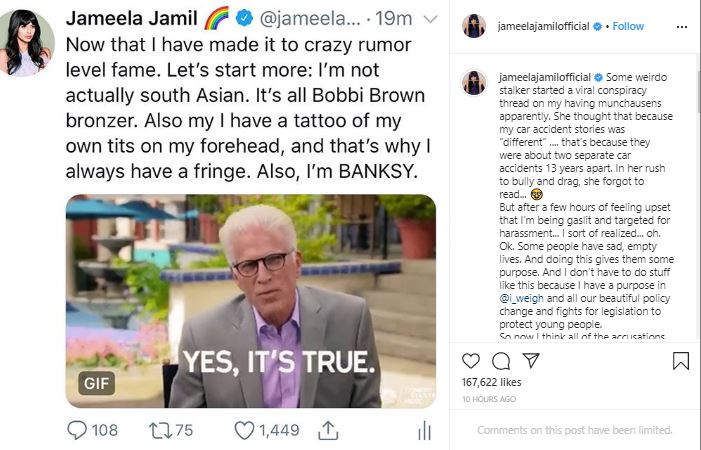 “But after a few hours of feeling upset that I’m being gaslit and targeted for harassment… I sort of realized… oh. Ok. Some people have sad, empty lives. And doing this gives them some purpose. And I don’t have to do stuff like this because I have a purpose in @i_weigh and all our beautiful policy change and fights for legislation to protect young people.

So now I think all of the accusations are hilarious and I’m starting my own rumors. Write your best rumor about me below!” she added. (ANI)