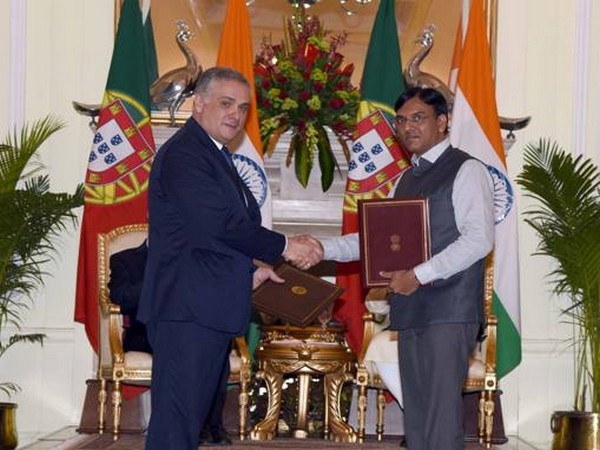 New Delhi [India], Feb 14 (ANI): India and Portugal on Friday signed an MoU to develop a world-class National Maritime Heritage Complex (NMHC) at Lothal in Gujarat.
The MoU was signed in the presence of Prime Minister Narendra Modi and Portugal President Marcelo Rebelo de Sousa.
An official release said that the MoU will pave the way for cooperation between the two countries for showcasing common Maritime Heritage.
“NMHC will consolidate all diverse and rich artefacts from ancient to modern times. It will provide access to the public and make them aware of India’s rich maritime heritage,” the release said.
The two countries also signed a cooperation agreement between India and Portugal in maritime transport and ports. (ANI)

‘Their sacrifice will not go in vain’: Nadda condoles killing of Wasim…

Manish Sisodia expresses concern over reduction of syllabus by CBSE

Only govt employees from Cuttack, Khordha allowed to attend office in Bhubaneswar till July 31

Centre not concerned about SC students’ future at all: Dharmsot

It’s good to have a support system: Shiv Pandit