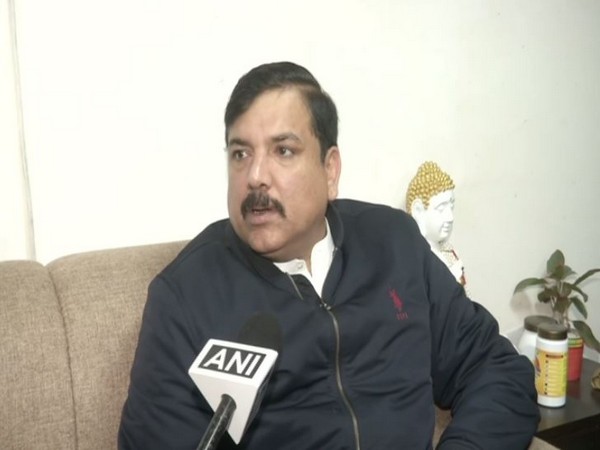 New Delhi [India], Feb 14 (ANI): Senior AAP leader Sanjay Singh on Friday said that he does not believe that the controversial remarks made by BJP leaders during the Delhi Assembly election did not have the approval of Union Home Minister Amit Shah.
“He himself uses such aggressive language. I don’t believe that without his knowledge Arvind Kejriwal was called terrorist and Ravan,” Singh told ANI.
Shah on Thursday, while accepting the BJP’s defeat in Delhi polls, had said that the party had distanced itself from some controversial remarks made by its leaders during Delhi elections.
Shah had also said the party might have been impacted due to these controversial remarks as voters do not give reasons while making their choice in elections.
Three BJP leaders including party MP from West Delhi Parvesh Sahib Singh Verma were barred by the Election Commission for campaigning for different periods over their remarks during electioneering in the national capital.
“Can they guarantee that they won’t use such language in the future? In other state elections, they will continue to use such a language? They are accustomed to such politics,” said Singh.
Aam Aadmi Party (AAP) registered a landslide victory in the polls for the second time in a row by bagging 62 of 70 assembly seats. The BJP marginally improved its previous tally to eight from three. (ANI)

One civilian dead, two injured in heavy shelling by Pakistan in J-K’s Poonch