Centre’s only goal is to speed up pace of development in J-K: Union Minister Jitendra Singh 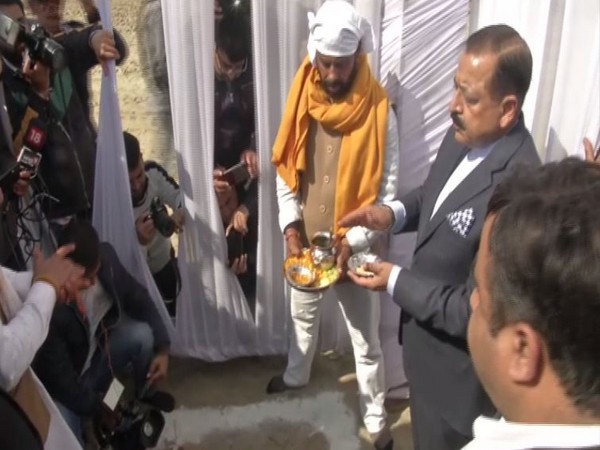 Samba (J&K) [India], Feb 14 (ANI): Union Minister Jitendra Singh has said the Central government under the leadership of Prime Minister Narendra Modi has the only goal to speed up the pace of development in Jammu and Kashmir.
“The only goal of the Central government is to speed up the pace of development in Jammu and Kashmir. The construction of hospitals is being done at a rapid pace, which will help in the development of Jammu and Kashmir,” said Singh after performing the ‘bhumi puja’ for a new AIIMS here on Thursday.
Singh said that Jammu and Kashmir is the first Union Territory where two AIIMS hospitals are being built. The Central government has sanctioned 9 new medical colleges and two AIIMS in Jammu and Kashmir in the last five and a half years.
AIIMS at Vijaypur in Samba district will be built at a cost of Rs 1,661 crore. In March 2023, this hospital will be dedicated to the people. AIIMS hospital will be constructed under the supervision of the Central Public Works Department (CPWD).
“Health services will be back on track,” Union Minister of State (Independent Charge) Development of North-Eastern Region (DoNER) said. Singh also holds the charge of Personnel, Public Grievances and Pensions, Atomic Energy and Space. (ANI)

One civilian dead, two injured in heavy shelling by Pakistan in J-K’s Poonch