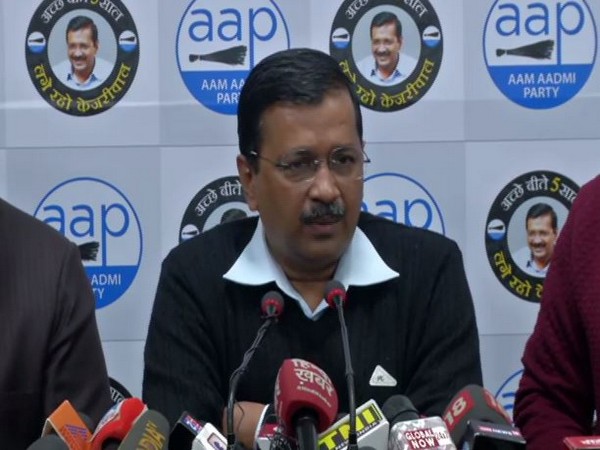 New Delhi [India], Feb 14 (ANI): In a bid to understand where it could have possibly faltered, the Aam Aadmi Party (AAP) held a review meeting over its defeat in eight Assembly seats in the recently held elections in Delhi under the chairmanship of party chief Arvind Kejriwal.
The review meeting, in which scrutiny of the possible reasons for defeat in each seat was discussed, was held at Kejriwal’s house and was attended by all senior leaders of the party.
All AAP candidates who fought from the eight seats also submitted reasons for their defeat from their respective constituencies.
During the meeting, Kejriwal instructed the party leaders to maintain touch with the public on all eight seats and work in a proactive manner to solve their issues, irrespective of the result, in the days ahead.
Special focus was given to the seats on which the defeat happened by a very close margin, like Laxmi Nagar, from where the AAP candidate Nitin Tyagi lost to BJP’s Abhay Verma by just 880 votes.
The party chief also instructed the leaders to hold discussions with the public regarding the work being done by the state government and its various schemes.
AAP clinched a landslide victory by winning 62 of the 70 seats in the Delhi elections in the face of a high-voltage campaign by the BJP, which fielded a battery of Union Ministers and Chief Ministers in its electioneering, spearheaded by Home Minister Amit Shah.
The BJP marginally improved its tally, managing just eight seats from its 2015’s tally of three seats. The Congress, which drew a blank in the previous elections, failed to open its account yet again.
The oath-taking ceremony of the Delhi cabinet and that of Chief Minister-designate Arvind Kejriwal will take place at Ramlila Maidan on February 16. (ANI)

Covid-19: PM Modi, politicians over 50 years of age eligible for shots in phase-2

Only widow, not dad, has right to dead man’s sperm: Calcutta high court

Vaccine recipients in second round may get time, place options