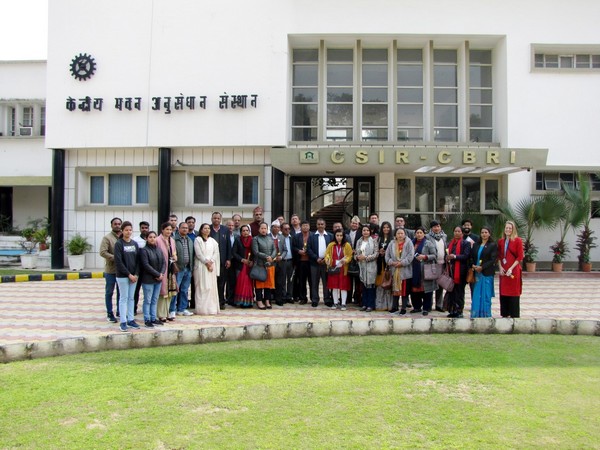 New Delhi [India], Feb 13 (ANI): Twenty-one local government representatives from Nepal’s Nuwakot District are on a visit to India as part of New Delhi’s post-earthquake reconstruction efforts in the Himalayan nation.
The representatives include mayors and deputy Mayors of two Municipalities; chairs and vice-chairs of eight Gaunpalikas with the chairperson of the district coordination committee, and an official from Federation of Nepalese Journalists. The five-day visit had commenced on Monday.
The earthquake of 2015 that shook the Himalayan nation of Nepal claimed nearly 10,000 lives, injuring thousands and displacing over half-a-million people. The epicentre of the earthquake was in Gorkha.
The Indian government is supporting the construction of 50,000 houses in Gorkha (26912 beneficiaries) and Nuwakot (23088 beneficiaries) districts of Nepal. The government had appointed UNDP and UNOPS as socio-technical facilitation consultants for Gorkha and Nuwakot district, respectively, in March 2018.
The visit has provided an avenue for building capacities of key local stakeholders for ensuring earthquake-resilient reconstruction by raising community awareness about disaster management, recovery, and resilience.
The delegation visited Central Building Research Institute (CBRI), Roorkee, to observe the Shake Table Testing Facility and different labs such as structural engineering lab, fire lab, technology demonstration lab, and rural park.
The delegation visited CURE India to learn a participatory process for sustainable urban development and livelihood integration. At Indian National Trust for Art and Cultural Heritage (INTACH), the delegation will hear a presentation on Post-Earthquake conservation and restoration works by INTACH together with a guided tour at the INTACH Heritage Academy. (ANI)