Trump expects 5-7 million people will welcome him in Ahmedabad 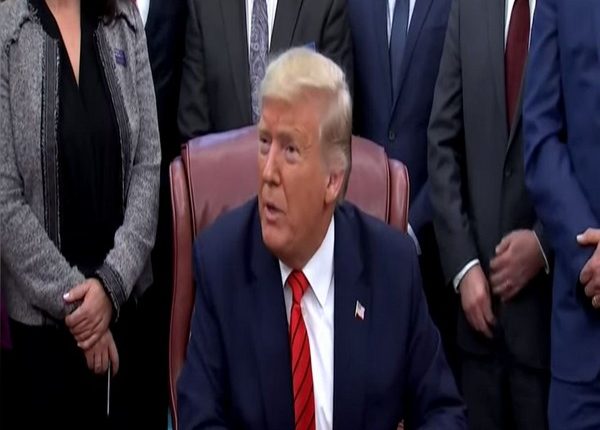 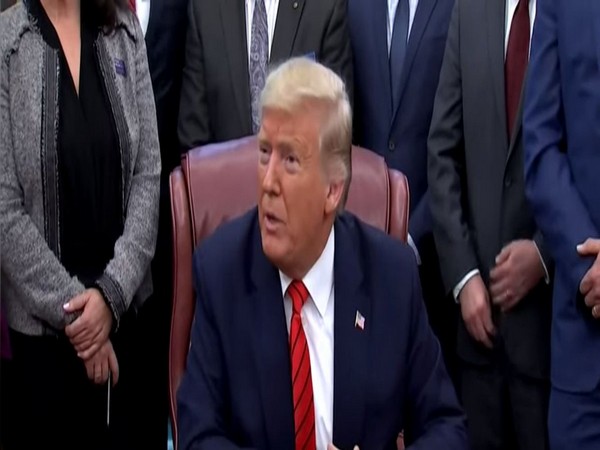 Washington DC [USA], Feb 12 (ANI): US President Donald Trump on Tuesday (local time) said that five to seven million people are expected to welcome him in Ahmedabad during his much-anticipated visit to India later this month.
“I am (going to India). He (Prime Minister Narendra Modi) said we will have millions and millions of people. He thinks we will have five to seven million people just from the airport to the new stadium (Motera Stadium),” Trump told reporters at White House.
According to the Ministry of External Affairs (MEA), Trump is expected to attend an event at the Motera Stadium in Ahmedabad on the lines of the ‘Howdy Modi’ function that was addressed by the US President and Modi in Houston in September last year. Trump is slated to pay a two-day visit to India from February 24.
Terming Prime Minister Narendra Modi a “great gentleman”, Trump said he is looking forward to his maiden visit to India.
“He (Modi) is a friend of mine, he is a great gentleman and I look forward to going to India. So we will be going at the end of the month,” Trump said.
Trump also said that he is hopeful for a trade deal with India during the visit.
“They wanted to do something. We will see if we can make the right deal. We will do it,” he stated.
During the visit, Trump, who will be accompanied by First Lady Melania Trump, will attend official engagements in New Delhi and Ahmedabad, and interact with a wide cross-section of the Indian society, the MEA said in a statement.
The announcement of Trump’s first official visit to India was earlier made by the White House on Monday, which, in its statement, said that the US President and Modi had agreed during a recent phone conversation that the trip will “further strengthen the United States-India strategic partnership and highlight the strong and enduring bonds between the American and Indian people”.
“The global strategic partnership between India and the US is based on trust, shared values, mutual respect and understanding, and marked by warmth and friendship between the peoples of the two countries,” the MEA said in its statement.
It also stated that the visit will provide an opportunity for the two leaders to review progress in bilateral ties and further strengthen the strategic partnership between the two countries.
“The relationship has further evolved under the leadership of Prime Minister Modi and President Trump, with significant progress in all areas including trade, defence, counter-terrorism, energy, coordination on regional and global issues as well as people-to-people ties,” the statement said. (ANI)

Top US diplomat to travel to India on October 6

EMIs of flat where Ankita Lokhande stayed was deducted from…