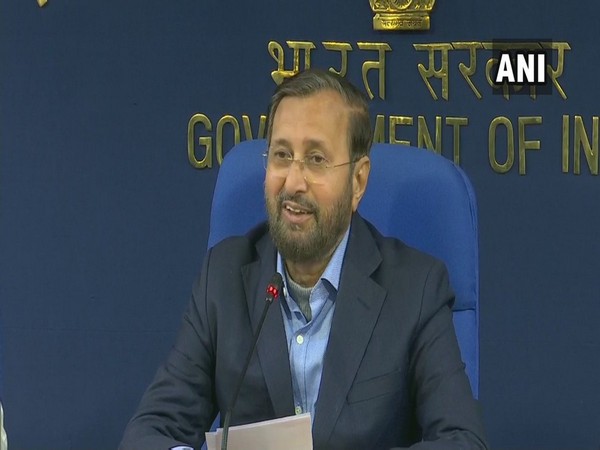 New Delhi [India], Feb 13 (ANI): The Union Cabinet on Wednesday approved changes in the Direct Tax ‘Vivad se Vishwas Bill’, 2020 to increase its scope and cover litigations pending in various debt recovery tribunals.
The cabinet also approved Pesticide Management Bill 2020 and Major Ports Authority Bill.
The Direct Tax ‘Vivad se Vishwas Bill’ was introduced in the Lok Sabha On February 5.
Minister for Information and Broadcasting Prakash Javadekar told the media here that cases involving over nine lakh crore of direct taxes were pending in litigation.
Finance Minister Nirmala Sitharaman had announced the ‘Vivad Se Vishwas’ Scheme in the union budget and said that 4.83 lakh direct tax cases were pending in various appellate forums – Commissioner (Appeals), ITAT, High Court and Supreme Court.
She had said that the scheme, similar to the indirect tax Sabka Vishwas scheme brought in the last budget, was being proposed for reducing litigations even in the direct taxes.
Under the ‘Vivad Se Vishwas’ scheme, a taxpayer would be required to pay only the amount of the disputed taxes and will get a complete waiver of interest and penalty provided he pays by March 31, 2020. Those who avail this scheme after March 31 will have to pay some additional amount. The scheme will remain open till June 30, 2020.
Taxpayers in whose cases appeals are pending at any level can benefit from this scheme.
The amended bill would allow certain cases of seizure and search with stipulated recovery amount to avail the opportunity provided in the scheme.
The Pesticide Management Bill seeks to regulate the sale of pesticides and provide compensation to farmers in case of losses due to spurious pesticides. It also seeks to promote organic pesticides.
The bill also seeks to advertise standards.
Javadekar said the farmers would be empowered to get all information useful to them about pesticides.
The Major Ports Authority Bill 2020 will replace the existing regulations under a 1963 law.
Shipping Minister Mansukh Mandaviya, who was also present at cabinet briefing, said there had been many changes in the way ports are operated since the 1960 and public-private partnership (PPP) model was also being used. He said the bill provides dispute resolution mechanism and the 12 major ports in the country will have more autonomy to make decisions.
The bills will be brought in the budget session of parliament. The second phase of the budget session will commence on March 2. Mandaviya also referred to budget speech of Finance Minister Nirmala Sitharman in which she had talked of setting up a maritime museum at Lothal – the Harrapan age maritime site near Ahmedabad. The minister said that an MoU had also been done with Portugal in this connection. (ANI)

Humour must have a nugget of truth to be funny: Twinkle…