Motivated to build a team for 2021: Leander Paes 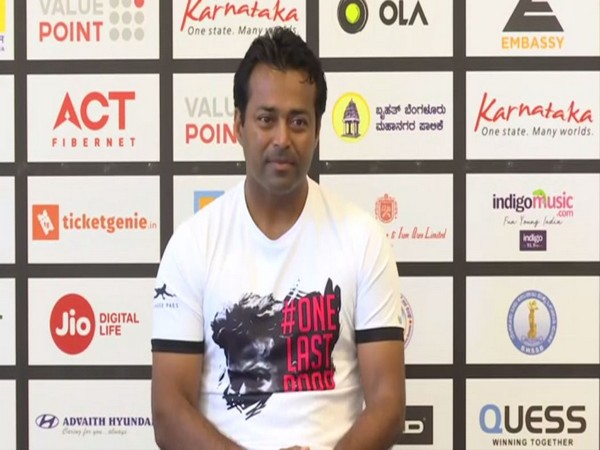 Bengaluru (Karnataka) [India], Feb 11 (ANI): Indian tennis veteran Leander Paes on Tuesday said that he is focused on building a future team for 2021 after announcing 2020 as his last year on the court.
“My whole team is so motivated to let’s now build a new team for 2021. I think that there is a time and place for everything. For me also, this whole year of 2020, ‘One Last Roar’ is a journey for me as well. I’m taking the time to enjoy it,” Paes told reporters here.
On December 25 last year, Paes had announced that 2020 will be his last year on the court. The player took to Instagram to wish fans a Merry Christmas and along with that he also announced 2020 as his farewell year.
“In the world we live in, we don’t know what tomorrow brings, we don’t know what life ahead of us next week or next month. I feel like it is important to be in the moment, it is important to do the best and strike for excellence in what you do,” Paes said.
“….I have tried to live my style, I have tried to live by my example. For the few kids out there that I can motivate to be the best that they can be in any sport or any profession, that’s been my motive of living my life very honest,” he added.
Paes has won eight doubles and ten mixed doubles Grand Slam titles. He received the Rajiv Gandhi Khel Ratna award, India’s highest sporting honour, in 1996-97; the Arjuna Award in 1990; the Padma Shri award in 2001; and India’s third-highest civilian award, the Padma Bhushan prize in January 2014, for his outstanding contribution to tennis.
“…… One day, the music will slow down and it will go silent. Just like music, there are many songs in an album and those albums are something I look forward to. I have played with tri-colour in my heart, it is special, the reason I am doing this ATP tour is to give all the fans a special thankyou,” Paes said with a heavy heart.

He won a bronze medal for India in singles in the 1996 Atlanta Olympic Games. Paes competed in consecutive Olympics from 1992 to 2016, making him the first Indian and only tennis player to compete at seven Olympic Games. (ANI)

Choosing partners in doubles’ tennis is something I instinctively know: Leander Paes

May God do whatever is best for him, give me strength: Pranab Mukherjee’s…

NSCN-IM lashes out at interlocutor RN Ravi, seeks his removal

Most parents nervous to take their kids for vaccinations due to COVID-19: Study

After Mandeep, other players who tested positive for COVID-19 shifted to hospital as precautionary measure: SAI