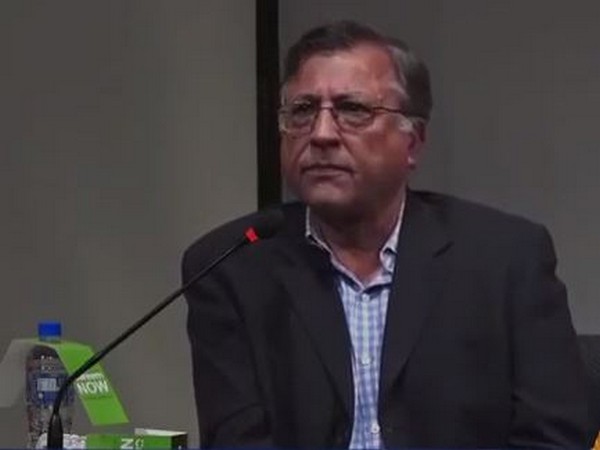 Karachi [Pakistan], Jan 11 (ANI): A renowned Pakistani nuclear physicist has termed his country’s founder Mohammed Ali Jinnah as a confused man, who had no idea and vision for the nation he founded as Pakistan.
“Jinnah, who we hold in such great regard, is the founder of Pakistan. But he never was able to put down what that Pakistan was to be. He never wrote a single research paper, he never wrote an essay. He gave a lot of speeches which are different times said very differently,” Pervez Hoodbhoy said.
The nuclear scientist elucidated his statement with historical evidence, quoting an excerpt made by Jinnah at the Bar Council at Karachi in 1948.
“In 1948, while addressing the Bar Council at Karachi, he said that this (Pakistan) will be a land where Islamic law will be applied. He (Jinnah) did not have an idea of Pakistan…When he was asked in 1945 that what will Pakistan be, he (Jinnah) said we have plenty of time. When we achieve Pakistan, we will see what is going to be,” Hoodbhoy said.
He continued, “There was nothing about how you would get rid of the jagidaris. There was absolutely no mention at all that Pakistan would be a federation or a non-federation. There’s nothing on that. How would Pakistan survive in a world where science and technology makes one country strong. We have no plans for that. So, Pakistan was born in a state of confusion.”
The nuclear physicist, who in 2017 had said that his country was becoming a ‘fascist religious state’, made the comments in Karachi during “Adab Festival” recently. Speaking at the fest, he went on to poke holes in the two-nation theory, terming it as “nonsense” and admitted that Pakistan “mistreated” and “exploited” Bengalis.
“We have not been honest with ourselves in the last 73 years. We are not being honest now. Pakistan is in a state of confusion because it was born in a state of confusion. The basis of Pakistan as articulated by Muhammad Ali Jinnah was that there only two nations that live on this subcontinent. They are mutually hostile, they cannot ever live in peace. That was the first part. The second part is Muslims formed a nation,” Hoodbhoy said.
“…This is completely nonsensical. If Muslims formed a nation that could live at peace with every part of that nation, we would not have Bangladesh. We mistreated Bengalis. We thought of them as lesser people. We exploited them and we massacred them,” he said.
Hoodbhoy outlined that the confusion should have ended in 1971 when the two-nation theory “went into the Bay of Bengal”.
“We should have got rid of the two-nation theory then. It makes absolutely no sense today. It is nonsense today,” he said while taking a jibe at the ruling establishment, challenging it to arrest him. (ANI)

Trump to visit India on Feb 24; engagements lined up in Delhi, Ahmedabad