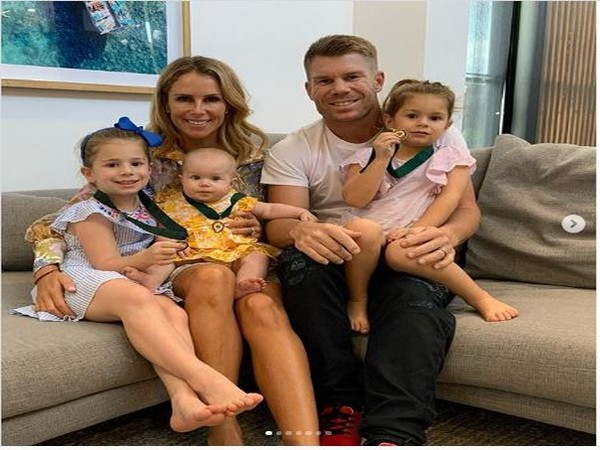 New Delhi [India], Feb 11 (ANI): After winning his third Allan Border Medal, Australia opening batsman David Warner on Tuesday thanked his family for always being there by his side and labelled his career as ‘roller coaster of highs and lows’.
Warner took to Instagram to share a picture with his family and captioned the post as: “Where do I start!! It was an honour to receive my third AB medal and my first t20 player of the year award which is voted by my peers, media, and umpires. I’m extremely humbled by this and overwhelmed with joy. It’s been a rollercoaster of highs and lows, but I’ve managed to get through this by having great support by my side”.
“My family is paramount and means the world to me. Without the strength and resilience of my wife, I don’t know how I would have managed but we soldiered on and got on with the process. My three beautiful girls, I love you dearly and I will keep being the best dad and role model that I will be can for you. I love you,” he added. 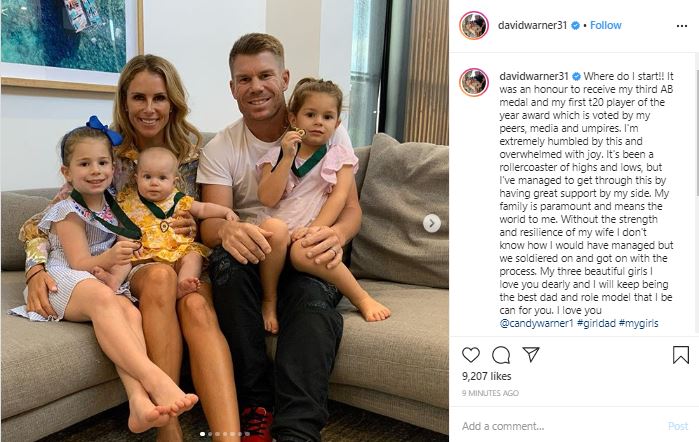 Warner had previously won the Allan Border medal in 2016 and 2017. The left-handed opening batsman was suspended in 2018 for one year for his involvement in the ball-tampering scandal against South Africa.
Ever since his return in 2019, the batsman has been in remarkable form across all formats. He had a good World Cup campaign, however, the player witnessed poor form in the Ashes as he managed to go past the 50-run mark just once.
However, during the home series against Pakistan and New Zealand, the batsman piled on the runs. He even registered a score of 335 not out against Pakistan during the Adelaide Test match.
He was also named as Australia’s T20I Men’s Player of the Year.
Warner will next be seen in action against South Africa in three T20Is and as many ODIs. (ANI)

Youngsters can learn so much from former legends: Justin Langer

Peace and tranquility of India must be maintained: President

An orange a day may ward off stroke risk