BJP should clear its stand on reservation to STs, SCs: Congress 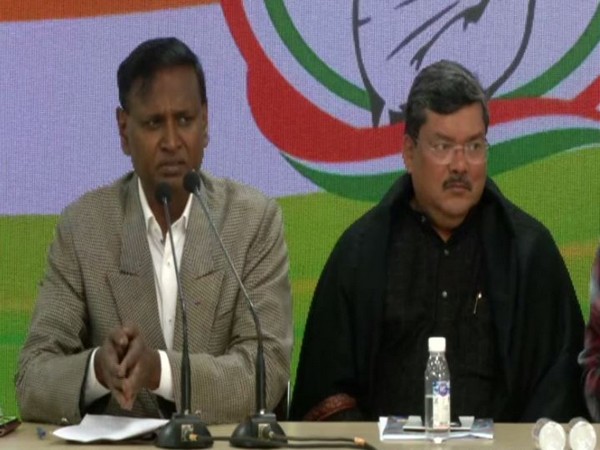 New Delhi [India], Feb 9 (ANI): The Congress party on Sunday asked the BJP to clear its stand on reservation for Scheduled Tribes and Scheduled Castes (STs and SCs) in government jobs and promotions.
The Congress party also questioned the recent judgement of Supreme Court in which the top court said the state governments are not bound to provide quotas to SCs, STs or OBCs in government jobs.
“Uttarakhand government has taken a stand that state governments are not bound to provide reservation in promotions. The Centre had earlier went to the Supreme Court to challenge the Delhi High Court’s judgement which said that reservations should not apply on promotions. The Centre is still pursuing that case in the Supreme Court,” said Congress spokesperson Dr Udit Raj at a press conference here.
“The views of the Centre and the state government are, therefore, contradictory on this. The BJP should, therefore, clarify its stand on reservations to ST/SCs in jobs and promotions,” he added.
Congress general secretary Mukul Wasnik said that his party disagreed to the Supreme Court’s judgement.
“A recent decision by the Supreme Court has led to a dent on the reservation system, which is given under the Constitution,” said Wasnik.
Referring to the top court’s verdict in the case of Mukesh Kumar vs State of Uttarakhand where it stated that quota in jobs and promotions to ST/SC candidates is not a fundamental right, Wasnik said: “We respectfully put forth our dissent against this verdict. It is unfortunate that those who hold important posts in the government today are against reservation.” (ANI)

Portfolios to be assigned to ministers on Feb 10: BS Yediyurappa

Why is EC not yet releasing final poll percentage, asks Kejriwal

Man charged with murder cut boyfriend with box cutter in fight over sex, then called…