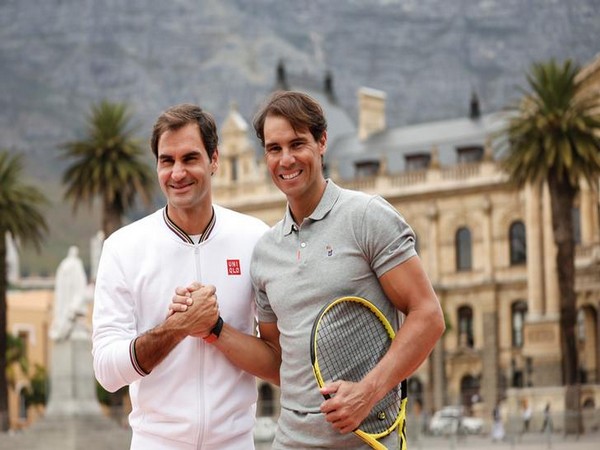 Cape Town [South Africa], Feb 8 (ANI): The exhibition match between Switzerland’s Roger Federer and Spain’s Rafael Nadal has set a world record for the highest attendance in a tennis match.
After the match, the organisers confirmed the official attendance figure as 51,954 which surpassed the previous record set in November last year, Sport24.co.za reported.
The previous record was created during a match between Federer and Germany’s Alexander Zverev as it had the attendance figures of 42,517 fans.
In the match, Federer registered a 6-4, 3-6, 6-3 win over Nadal. Federer got off to a good start, registering a 6-4 win in the first set. However, Nadal made a brilliant comeback in the match and clinched the second set by 3-6.
In the third set, Federer again bounced back to win the set by 6-3.
South Africa’s Rugby World Cup-winning captain Siya Kolisi was also present during the match and handed Federer a South Africa team jersey with Swiss player’s name on the back. The match was played for Federer’s foundation. (ANI)