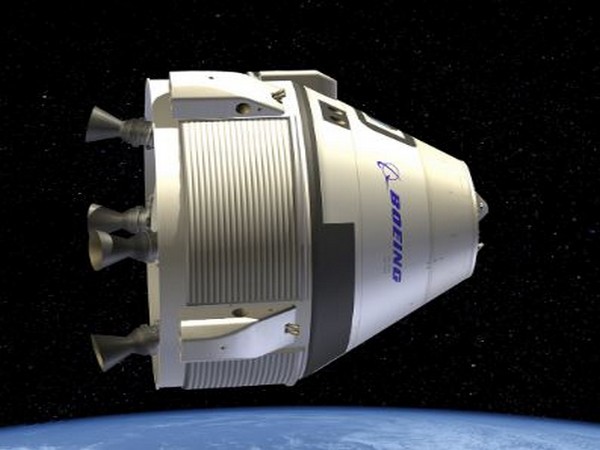 Washington D.C. [USA], Feb 7 (ANI): Boeing’s passenger spacecraft — Starliner — reportedly faced a second potentially disastrous software glitch during its debut test flight in December last year.
According to The Verge, had it not been corrected, the bug would have led to “catastrophic spacecraft failure.”
Although the issue was fixed before any mishap could occur, this revelation has led the experts to express concern over Boeing’s lackluster safety record.
The Starliner crew capsule was put to test on December 20 when it was launched on an unmanned mission to dock with the International Space Station (ISS) after which it was supposed to touch down back on Earth.
The mission didn’t go as planned and the capsule ended up stranded in the wrong orbit after its main engine failed to fire at the right moment.
The Starliner was unable to reach the ISS and had to make its way back to earth without completing its primary objective.
However, NASA’s Aerospace Safety Advisory Panel (ASAP) stated in a public meeting that the spacecraft suffered another software snag while in the orbit, that was spotted just in time by Boeing, reported The Verge.
The issue could have made the Starliner fire up its engines unnecessarily during its descent phase, potentially leading to uncontrolled and dangerous movements.
Both NASA and Boeing had kept mum on the second glitch that was brought out in pubic during the press event.
The Verge was told by Boeing in a statement that it “investigated a valve mapping software issue, which was diagnosed and fixed in flight.”
The”error in the software would have resulted in an incorrect thruster separation and disposal burn.”
Boeing further added that “what would have resulted from that is unclear.” NASA till now hasn’t answered any of the queries made by the media outlet.
According to the panel, NASA and Boeing are currently at work to figure out the reason behind the software glitches. However, NASA is concerned over “the rigor of Boeing’s verification processes.,” said Paul Hill, an ASAP member. (ANI)

Taapsee flies to Delhi to cast her vote on Saturday

Long-studied protein could be a measure of traumatic brain injury

Doctor with boxing team tests positive for coronavirus, primary contacts to be…

Inter Milan dominated every aspect of game: Antonio Conte after 3-1 win over Torino

2020 Chicago Marathon cancelled due to COVID-19

We are not demanding floor test as of now: Rajasthan BJP president

Delhi: Baby dies due to plasma unavailability after family meets with accident

Plasma has been beneficial to save many lives: Kejriwal

Rahul Gandhi, his family insults young leaders, is jealous of them: Uma Bharti

Air India brings back 101 passengers stranded in Ukraine to Indore

’30 days of losing you, lifetime of loving you’: Rhea Chakraborty pens down note for Sushant Singh Rajput