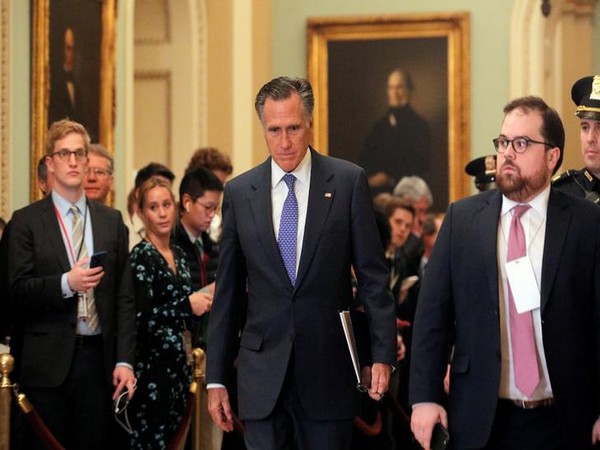 Washington DC [USA], Feb 6 (ANI): Republican Senator Mitt Romney on Wednesday said that he will vote to convict United States President Donald Trump on charges of abuse of power and obstruction of Congress.
“My promise before God to apply impartial justice requires that I put aside my personal feelings and political biases aside… I’m aware that there are people in my party and in my state who will strenuously disapprove of my decision and in some quarters I will be vehemently denounced,” said Mitt Romney, as quoted by Sputnik.
“I’m sure to hear abuse from the president and his supporters,” he added.
These remarks came ahead of the Senate’s vote for convicting Trump.
Romney, who is a junior senator from Utah, is likely to become the only Republican voting to convict the US President.
Last week, Republican Senators rejected Democrats’ efforts to call witnesses and documents during the impeachment trial.
The voting paved the way for President Donald Trump’s acquittal on two articles of impeachment passed by the House.
The Republican Party holds a 53-47 majority in the chamber and conviction requires a two-thirds majority. This means if all Democrats voted to convict, then 20 Republicans will also have to vote for Trump to be convicted and removed from office.
This is the third time in the country’s 244-year history that a US President has been impeached and targeted for removal from office. (ANI)

One dead after plane skids off at Istanbul Airport, 157 injured

Doesn’t make sense to get serious about everything:…