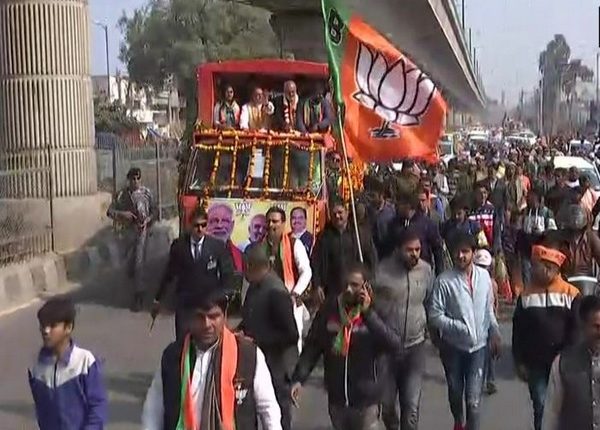 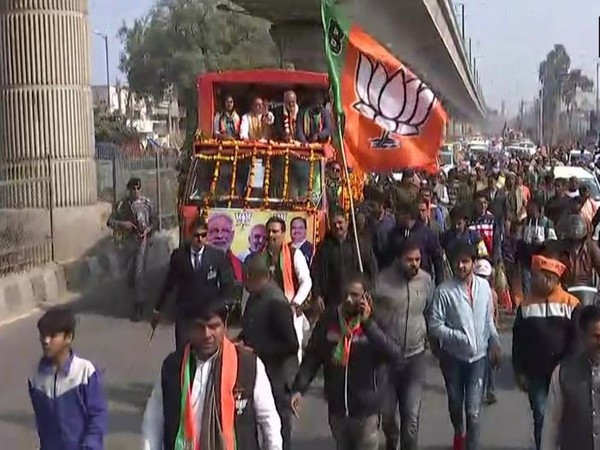 New Delhi [India], Feb 6 (ANI): BJP president JP Nadda on Thursday held a roadshow in Mundka Assembly constituency along with wrestlers and BJP members Yogeshwar Dutt and Babita Phogat, ahead of the Delhi Assembly elections slated to be held on February 8.
The last day of campaigning for the Delhi Assembly elections saw an aggressive canvassing by the leaders of Aam Aadmi Party (AAP) and the BJP, even as Congress also left no stone unturned to make the contest triangular.
Home Minister Amit Shah held a roadshow in Seemapuri Assembly constituency and was accompanied by LJP chief Chirag Paswan and Delhi BJP president Manoj Tiwari.
Standing atop on a red jeep, the Union Minister was seen greeting and waving at the people. The supporters hailing Shah were seen carrying the party’s flag.
Amit Shah is expected to hold two more roadshows in Hari Nagar and Madipur Assembly constituencies. BJP president JP Nadda will be holding another roadshow in Sultanpur Majra.
While the BJP is holding a ‘Janasampark Abhiyan’ across the city in a bid to reach out to every household, the Deputy Chief Minister and AAP leader Manish Sisodia is busy holding a ‘padyatra’ in his Patparganj Assembly constituency.
The voting in all 70 Assembly constituencies will be held on Saturday. The counting of votes is scheduled for February 11. (ANI)

Will be tough to win medal at Rio, says boxer Mary Kom