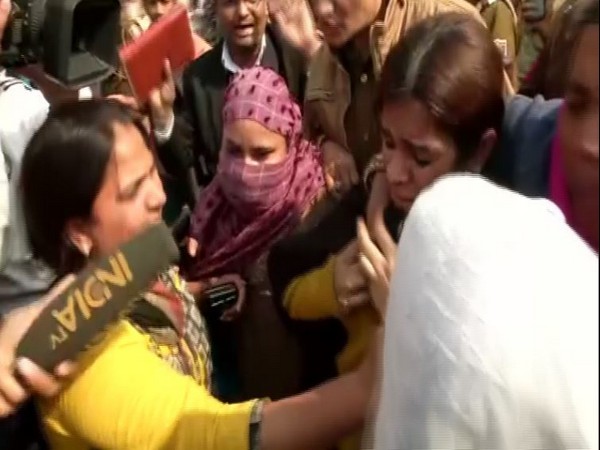 New Delhi [India], Feb 5 (ANI): Political analyst Gunja Kapoor on Wednesday was detained by Delhi Police for a short period, after protestors at Delhi’s Shaheen Bagh alleged that she was wearing a ‘burqa’ and filming them at the agitation site.
Elaborating on the incident, Police said that Kapoor was detained from the protest site and was later released.
“She manages a Youtube channel and has come here to speak to women. She claims that she was wearing a Burqa for more comfort among the women protestors”, police said.
Protesters, including a large number of Burqa clad Muslim women, are sitting on an agitation against the Citizenship Amendment Act, National Register of Citizens and National Population Register since December last year.
On February 1, a man Kapil Gujjar opened fire in the air at Shaheen Bagh protest site. He was later detained by police. (ANI)