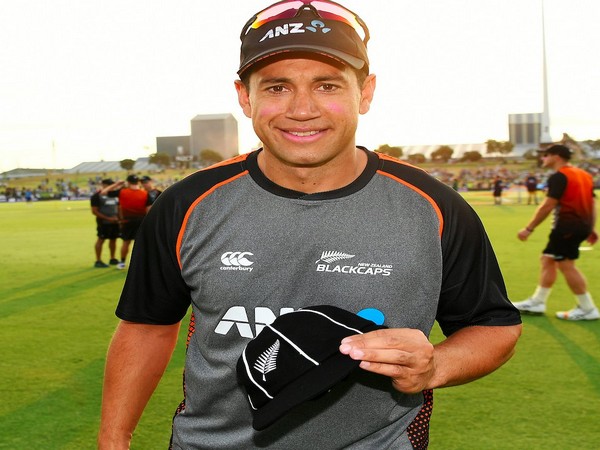 Mount Maunganui [New Zealand], Feb 2 (ANI): Ross Taylor on Sunday became the first New Zealand male cricketer to play 100 T20I.
Taylor achieved this feat in the final T20I against India at the Bay Oval. He also became the third most capped player in international cricket.
Shoaib Malik and Rohit Sharma are the only two players ahead of Taylor. Malik has featured in 113 matches for Pakistan while Sharma has played 108 games for India.
Taylor has amassed a total of 113 runs in the four games of the ongoing series so far including a fifty in the first T20I. The 35-year-old batsman has smashed six fifties in the shortest format with a high score of 63.
India are currently leading the five-match T20I series with an unassailable 4-0 lead. The fifth and final match of the series is underway and India are batting first after winning the toss.
The most capped women player in the T20I is Australia’s Ellyse Perry. Perry surpassed New Zealand’s Suzie Bates who has played 112 games and amassed 3118 runs with an average of 30.87. Bates is also the most capped Kiwi cricketer across men and women. (ANI)

Garba song in ‘Patel Ki…’ was shot in…