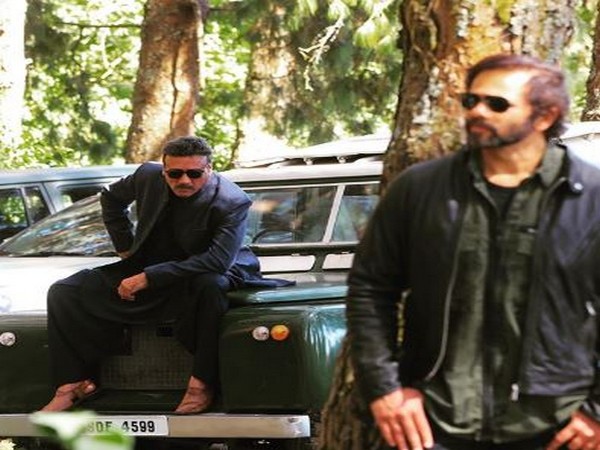 New Delhi [India], Feb 1 (ANI): Rohit Shetty added another star to his ‘cop-universe’ as on the occasion of Jackie Shroff’s 63rd birthday, the director announced that the actor will be a part of the upcoming flick action-thriller ‘Sooryavanshi’.
The ‘Simmba’ director hopped on to Instagram to share the news in a post that reads, “Just when you thought you knew all the characters of Our Cop Universe…Presenting to you. The Man Himself…JACKIE SHROFF… And…Surprise Abhi bhi baaki hai mere Dost @apnabhidu #sooryavanshi.” 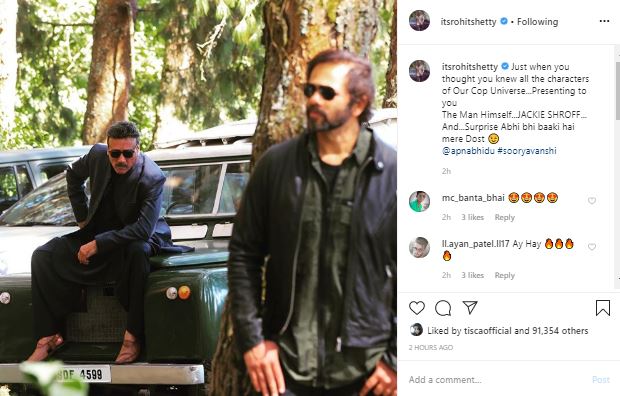 Rohit shared a picture along with the birthday boy, in which the duo are seen in the woods. In the frame, Jackie is seen sporting a black suit, along with matching kurta pajama and shades while he is sitting on a car bonnet, while Rohit is seen in a green shirt and black jacket and shades.

‘Sooryavanshi’ features Akshay Kumar and Katrina Kaif in the lead roles and is the fourth film of Shetty’s ‘cop universe’ that began with Singham in the year 2011.

The movie will also feature special cameos by Ajay Devgn (Singham) and Ranveer Singh (Simmba). It will hit the silver screens on March 27, 2020. (ANI)

Man found dead with a gunshot wound to head inside burning car on Far South Side,…