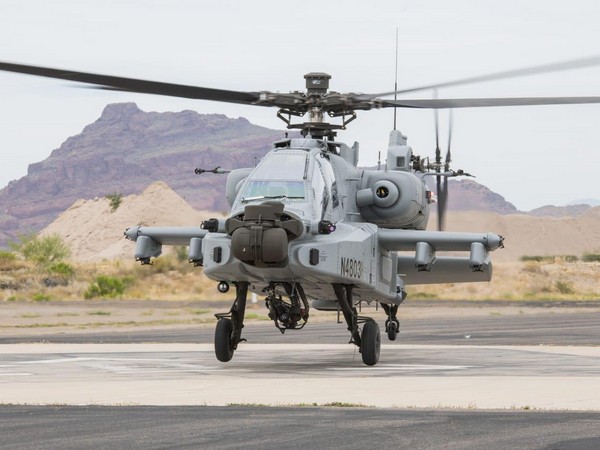 New Delhi [India], Jan 26 (ANI): India is all set to showcase its military might, cultural diversity, social and economic progress on display at the majestic Rajpath here on Sunday in the presence of Brazilian President Jair Messias Bolsonaro in town who is the chief guest for the 71st Republic Day Parade.
The four-day visit of Bolsonaro is based on a common global vision, shared democratic values and a commitment to foster inclusive economic growth for the welfare of the people of both India and Brazil.
The 90-minutes parade will commence with President Ram Nath Kovind taking the 21-gun salute. The march will begin at 1000 hours from Vijay Chowk to the Red Fort, via the traditional route of Rajpath.
Prior to the commencement of the parade, Prime Minister Narendra Modi will lead the nation in paying homage to the martyrs by laying a wreath at the National War Memorial at India Gate.
The Indian Army will be represented by a mounted column of 61 CAVALRY, eight mechanised columns, six marching contingents and a flypast by Rudra and Dhruv Advanced Light Helicopters of Army Aviation. Three Param Vir Chakra and four Ashok Chakra awardees will also participate in the Parade this year.
Anti-satellite weapon – Mission Shakthi developed by the Defence Research and Development Organisation (DRDO), Army’s battle tank Bhishma, infantry combat vehicles, Air Forces’ newly inducted Chinook and Apache helicopters, in addition to tableaux depicting Akash and Astra missiles and Navy’s prowess will be showcased during the parade.
The other marching contingents of the Army will include the Parachute Regiment, the Grenadiers Regiment, the Sikh Light Infantry Regiment, the Kumaon Regiment and the Corps of Signals. The Combined Band of the Armoured Corps Centre and School, Madras Engineers Group and Centre and Artillery Regimental Centre, the Combined Band of 11 Gorkha Rifles Regimental Centre, 39 Gorkha Training Centre, Kumaon Regimental Centre and Garhwal Rifles Regimental Centre will also march past the saluting dais.
Marching for the first time on Republic Day will be the contingent of the Corps of Army Air Defence. It will be followed by The Combined Band of Bengal Engineers Group and Centre, Brigade OF Guards Training Centre, three Electronics and Mechanical Engineers Centre and Madras Regimental Centre.
Twenty tableaux, including 16 from States and Union Territories and other six from various Ministries/Departments depicting the nation’s rich cultural heritage and economic progress will further roll down the Rajpath.
School children will convey the age-old message of yoga and spiritual values through dance and music and Indian Air Force aircraft will thunder in the sky projecting the airpower.
As per tradition, the national flag will be unfurled followed by the national anthem with a booming 21-gun salute.
The parade will be commanded by Parade Commander, Lieutenant General Asit Mistry, General Officer Commanding, Headquarters Delhi Area. Major General Alok Kacker, Chief of Staff, Delhi Area will be the Parade Second-in-Command.
The grand finale and the most keenly awaited segment of the parade, the FlyPast will comprise of the ‘Trishul’ formation by three ALH helicopters. It is for the first time that a “Tri-service Formation” is taking part in the Republic Day Parade followed by the ‘Vic’ formation of Chinook helicopters, used for airlifting diverse loads to remote locations.
Five Jaguar Deep penetration strike aircraft and five MiG-29 Upgrade Air Superiority Fighters in ‘Arrowhead’ formation will enthral the audience before the exhilarating Trishul manoeuvre by Su-30 MKIs. The parade will conclude with a Su-30 MKI splitting the sky with a breathtaking ‘Vertical Charlie’ aerobatic manoeuvre.
The ceremony will culminate with the national anthem and the release of balloons. (ANI)

Learning Punjabi will always help with my acting: Saiyami…