Ayushmann’s message to Indians on this Republic Day 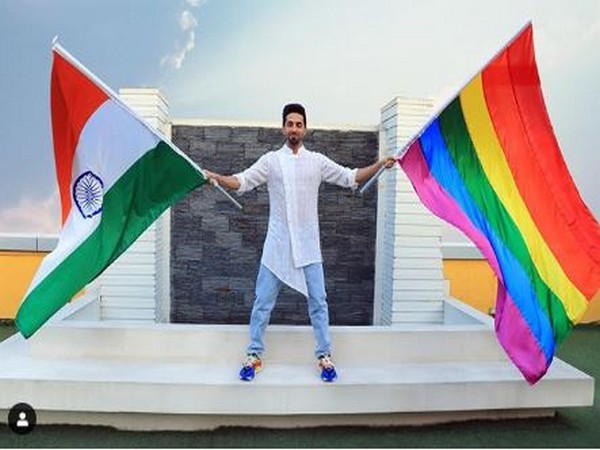 New Delhi [India], Jan 26 (ANI): Equality came as a part of Ayushmann Khurrana’s Republic day post. The actor took to his Instagram handle on Sunday and was seen waving our national flag on one hand and the pride flag on the other.
He wrote in the caption of the picture, “Let equality triumph! Let’s make this year all about spreading, sharing, and receiving love!”
It is evident that the actor wishes that his upcoming release ‘Subh Mangal Zyada Saavdhan’ becomes the medium for societal change. The film which is a light-hearted comedy can be seen as a progressive attempt towards the acceptance of same-sex couples – an issue that continues to remain a taboo in India even after a year of its decriminalisation by the Supreme Court.
Helmed by Hitesh Kewalya and produced by Bhushan Kumar, the film is the second instalment of the much-acclaimed ‘Shubh Mangal Saavdhan’ film which was released in 2017.
The romantic comedy flick with a powerful message is set to hit the big theatres on February 21. (ANI)

Twelve movies to watch out for on this Republic Day

John Buchanan wanted to remove Ganguly as skipper of KKR:…