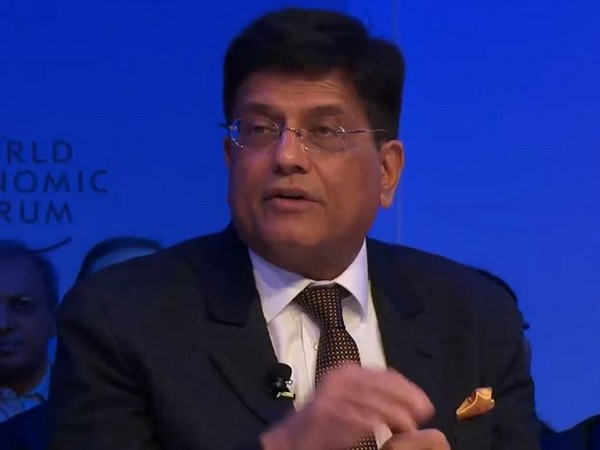 Davos [Switzerland], Jan 24 (ANI): Union Minister of Commerce and Industries, Piyush Goyal met Roberto Azevedo, Director-General of WTO at the World Economic Forum and deliberated upon various challenges in the multilateral trading system.
The Union Minister, on Friday, said in a tweet: “Met with Roberto Azevedo, Director-General of WTO at the World Economic Forum and discussed various challenges in the multilateral trading system. Also, spoke about our preparedness to engage in reforms aimed at bringing inclusivity, transparency and non-discrimination.”
The Minister met Phil Hogan, the EU Commissioner for Trade. The Minister said the duo spoke about “significant India-EU economic and investment ties, and the vast potential for them to grow manifold to our mutual advantage.”
“Met Ebrahim Patel, Minister of Trade and Industry, South Africa at the World Economic Forum. We spoke about expanding our trade and investment ties through closer cooperation to achieve mutual economic growth and prosperity,” Goyal said in another tweet.
Goyal, who is in Davos to attend the World Economic Forum (WEF) also met Peter Voser, Chairman of the Board & CEO of ABB at World Economic Forum and discussed the plan of Railway electrification.
“Also, spoke about a range of emerging sectors in India like e-mobility, automation & renewable energy,” he said.
On January 23, Goyal while speaking at a session in World Economic Forum, he had said: “RCEP was an unbalanced trade agreement, which was not fulfilling the guiding principles on which the RCEP was started. Therefore, India chose not to participate in it.” (ANI)

When love sings from the gutter!