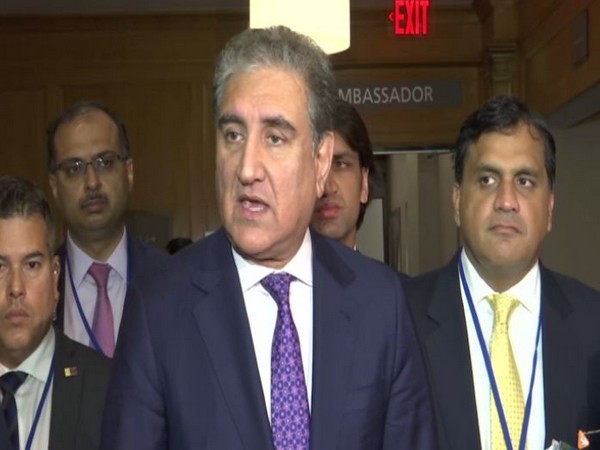 Islamabad [Pakistan], Jan 24 (ANI): Pakistani Foreign Minister Shah Mahmood Qureshi on Friday remained non-committal over Islamabad’s participation in the SCO Heads of Government meeting in India later this year.
“We will have to wait for the invitation,” Qureshi said, according to Pakistani media.
On January 16, India’s Ministry of External Affairs spokesperson Raveesh Kumar had said that India would extend invitations to all members of SCO including Pakistan as well as to the observer States for the 19th Shanghai Cooperation Organisation (SCO) Heads of Government meeting.
“It is now a public knowledge that India will be hosting the SCO Council of Heads of Government meeting later this year. The meeting is held annually at the Prime Minister’s level. It discusses SCO’s program and multilateral economic and trade co-operation. As per the established practice and procedure within SCO, all eight members of SCO as well as four Observer States and other international dialogue partners will be invited to attend the meeting,” Kumar had said when asked whether Pakistan will be invited for the meeting or not.
India for the first time will host the next meeting of the SCO Heads of Government. Kumar, while addressing a weekly briefing, said that all Heads of the Government of member States including Prime Minister Imran Khan will be invited as per the standard procedure.
In June 2019, Prime Minister Narendra Modi and Pakistan Prime Minister Imran Khan attended the SCO summit in Bishkek. During the summit, Modi made a veiled attack on Pakistan while addressing the plenary session, stating that the countries which support and finance terrorism must be held accountable. (ANI)

If India can solve border issues with Bangladesh, then why not with us, asks Nepal’s Foreign Minister

Russia ready to assist Iraq in fighting IS