We’re visiting right now, so we won’t really have to: Trump on visiting Pak when he heads out to India 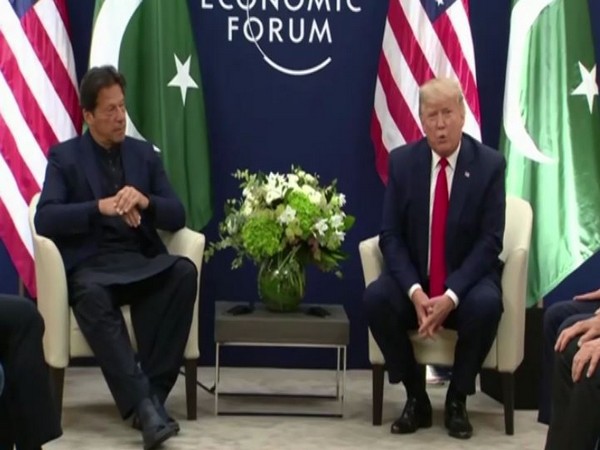 Davos [Switzerland], Jan 22 (ANI): US President Donald Trump on Tuesday (local time), while responding to question on whether he will visit Pakistan when he heads out to India, said that “we’re visiting right now, so we won’t really have to.”
Trump made the remarks ahead of his meeting with Pakistan Prime Minister Imran Khan on Tuesday. He met Khan on the sidelines of the World Economic Forum in Davos.
“Well, we’re visiting right now, so we won’t really have to. But we — I wanted to say hello for both a relationship standpoint — we’ve had a great relationship — and from the standpoint of our two countries. We’re getting along very well,” the US President said when asked if he will also visit Pakistan when he “heads out to India.”
The US President also stressed that US-Pakistan have “never been closer.”
Trump is likely to make a state visit to India towards the end of February, a senior Indian official had told ANI last week.
The official had said that the dates of the visit are being worked out.
The source had further added that Indian diplomat Taranjit Singh Sandhu’s appointment as the new Ambassador of India to the US will be announced ‘soon’ in light of the possibility that Trump is likely to be visiting India in February-end. (ANI)

EAM’s visit to Niamey is reiteration of importance India attaches to its relations Niger: MEA

Tharoor continues as chairman of parliamentary panel on IT, Anand Sharma of Home; Harsimrat Badal member of External…