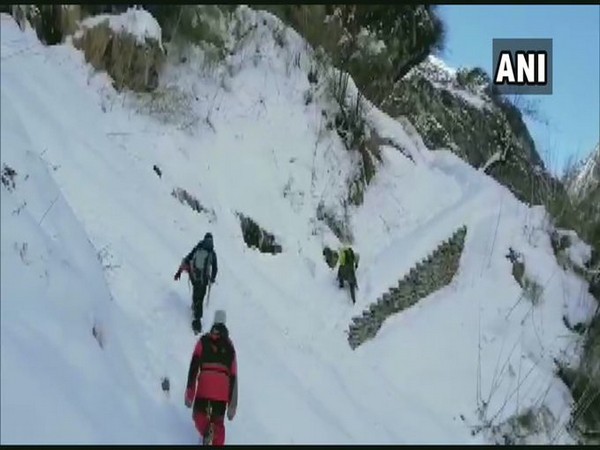 Kathmandu [Nepal], Jan 21 (ANI): Rescue and search officials deployed in the Annapurna region of Nepal claimed on Tuesday that they have found clues about the seven trekkers who went missing on January 17 after an avalanche hit a section of Annapurna circuit trekking route.
The Department of Tourism, which has been given the jurisdiction to look into the disaster, said in a statement that rescuers continued their search over the area despite adverse weather conditions and saw some signs that will help them in the finding missing trekkers as well as tour guides.
The statement, however, did not mention the clues in detail.
Seven people, including four South Koreans and three Nepali tour guides, have gone missing since Friday morning after an avalanche hit the section of famous Annapurna Trekking Circuit, commonly known as ABC.
Avalanches and heavy snowfall in the area is said to have dumped ice causing a four metre thick layer. Site of the disaster, which also is known to be prone to avalanches, lies about 150 kilometers northwest of Kathmandu.
Nepal Army’s High Altitude Rescue and Search Team equipped with high-tech equipment, used sonar, drones and other instruments to search for the missing trekkers.
Annapurna, the 10th highest mountain in the world, attracts a large number of tourists.
The avalanche hit the area between Deurali and Macchapuchre Base Camp lying between 3200- 3700 meters above the sea level. (ANI)