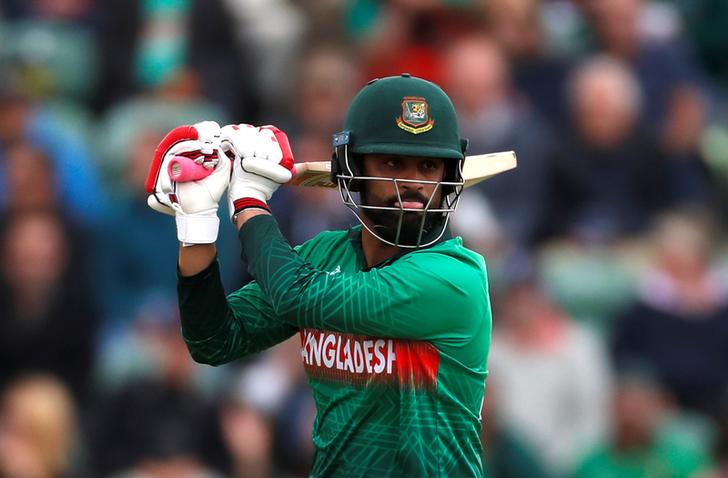 Dhaka [Bangladesh], Jan 18 (ANI): Mahmudullah would be leading the Bangladesh side for the upcoming three-match T20I series against Pakistan, the selectors confirmed on Saturday.
Opening batsman Tamim Iqbal has returned to the side after missing the last T20I and Test series against India, while wicket-keeper batsman Mushfiqur Rahim has opted to give the Pakistan tour a miss.
The side has also opted to include Mustafizur Rahman in the 15-member squad.
Bangladesh squad for T20I series against Pakistan: Mahmudullah (Captain), Tamim Iqbal, Soumya Sarkar, Naim Sheikh, Najmul Hossain Shanto, Liton Kumer Das, MD Mithun, Afif Hossain Dhrubo, Mahedi Hasan, Aminul Islam Biplob, Mustafizur Rahman, Shafiul Islam, Al-Amin Hossain, Rubel Hossain, Hasan Mahmud.
The side lost its last T20I series against India 2-1. Bangladesh managed to register their first-ever victory over India in the shortest format in the first T20I at Arun Jaitley Stadium in Delhi.
Bangladesh will play three T20Is, one ODI and two Test matches. The proposed T20Is series will be held in Lahore on January 23, 25 and 27.
The first Test will kick off from February 7 in Rawalpindi followed by one ODI match on April 3 in Karachi. The Final Test is slated for Karachi from April 5. (ANI)