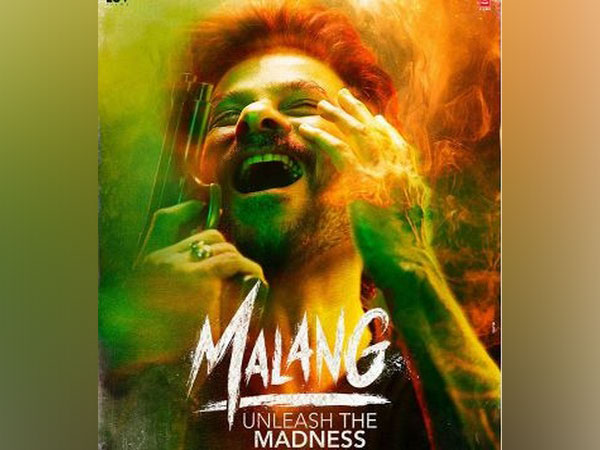 New Delhi [India], Jan 17 (ANI): The ever young star Anil Kapoor couldn’t curb his enthusiasm after his upcoming movie ‘Malang’ title track received 10 million views on YouTube in merely 24-hours of its release.
Expressing his excitement, the actor shared a motion poster of the flick.
The 63-year-old star, who plays a significant role in the forthcoming romantic-action thriller shared a motion poster that saw a still from the official trailer featuring the lead duo Aditya Roy Kapur and Disha Patani.
Alongside the motion poster that also has background music of the title track, the actor wrote: “10M+ hearts getting high in love to the #MalangTitleTrack Song out – http://bit.ly/Malang_Title_Track… #Malang” 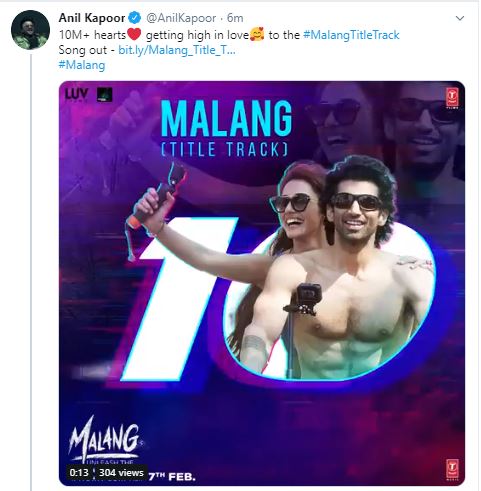 The trailer of the movie which was dropped last week took the expectations of the movie a notch higher with the powerful visuals it presented.
The trailer gave a powerful action-packed sight to the movie, whereas the title track has fallen to a rather soothing spot.
It shows the chemistry between the lead actors Aditya and Disha and the blossoming romance of the two in Goa.
The title track has both sides of the coin, it is the lovely bond brewing between the two, but given a minute to the video, it holds a slightly melancholic mood from Aditya who is remembering their first meeting.
The latest song is crooned and composed by Ved Sharma and the lyrics are penned by Kunaal Vermaa and Harsh Limbachiya.
The revenge drama, directed by Mohit Suri, is set for release on February 7. (ANI)

I have only respect for Dele Alli, says Mourinho

He is an incredible young lad: Guardiola on debutant Palmer

NGT directs pollution control board to act against violators of environmental norms,…

Kerala Govt moving HC to quash FIR on Life Mission scam as it has many things to hide: Opposition