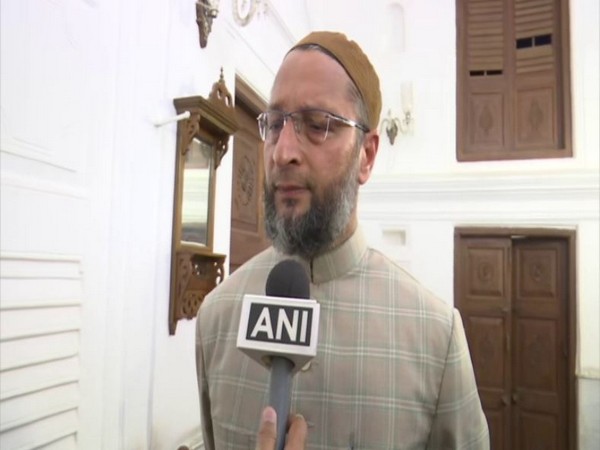 Bodhan (Telangana) [India], Jan 19 (ANI): All India Majlis-e-Ittehadul Muslimeen (AIMIM) chief Assauddin Owaisi on Saturday announced that his party will contest from Nizamabad and Bodhan constituencies in the 2023 Assembly elections.
“In the next Assembly elections in 2023, the AIMIM will contest from Bodhan and Nizamabad and will definitely gain victory,” said Owaisi in a public meeting in Bodhan.
Cornering ruling Telangana Rashtra Samiti (TRS), Owaisi alleged that the ruling TRS party is responsible for BJP’s win from Nizamabad in the 17th parliamentary elections.
“TRS is directly responsible for the victory of BJP as TRS candidate and daughter of the Telangana Chief Minister K Chandrasekhar Rao, Kalvakuntla Kavitha lost to BJP candidate Dharmapuri Aravind by not putting the required efforts. However, the TRS blamed others for the loss,” he said.
“I am asking the TRS whose mistake is it? Who has not worked hard? Our party had worked very hard?” The AIMIM chief asked.
He said that his party is working very hard and giving its best “to maintain the stability of TRS in the state.”
Taking a sly dig at TRS MLA Shakeel’s picture taken with the BJP MP from Nizamabad a few months ago, Owaisi said, “The AIMIM candidates have no wish to become Minister.”
The AIMIM played a major role in the victory of TRS candidates in the past Assembly elections. The alliance of AIMIM and Telangana Rashtra Samiti had almost dissolved the national parties, which were contesting in the state. (ANI)

Real problem in country is unemployment, not population: Owaisi hits back at Mohan Bhagwat

Nature is changing its rules: Modi