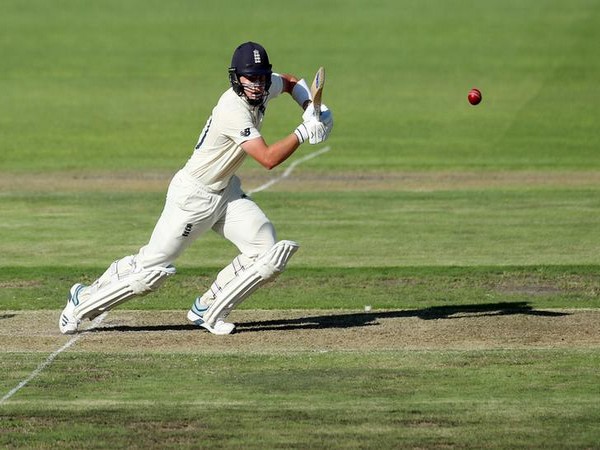 Port Elizabeth [South Africa], Jan 16 (ANI): Late partnership from Ben Stokes and Ollie Pope guided England to 224/4 at stumps on the first day of the third Test against South Africa.
Stokes and Pope are unbeaten on 38 and 39 runs respectively and had stitched an unbeaten stand of 76-run for the fifth wicket.
England won the toss and opted to bat first. Zak Crawley and Dom Sibley opened the innings for the visitors. The duo built a partnership of 70 runs. Sibley was scalped by Kagiso Rabada after scoring 36 runs.
Joe Denly joined Crawley in the middle and scripted a brief stand of 33-run for the second wicket. The latter was departed by pacer Anrich Nortje, reducing the side at 103/2 in 48.5 overs.
Crawley scored 44 runs studded with five fours. Skipper Joe Root joined Denly in the middle and stitched a stand of 31-run for the third wicket.
Spinner Keshav Maharaj provided the third breakthrough for his side as he dismissed Denly (25). Root was sent back to the pavilion by Rabada after adding 27 runs to the scoreboard.
For Proteas, Rabada bagged two wickets while Nortje and Maharaja clinched one wicket each. (ANI)

Thanks for this acknowledgment: Jennifer Aniston on Emmy…