Libya’s Haftar secretly flies to Greece ahead of Berlin summit 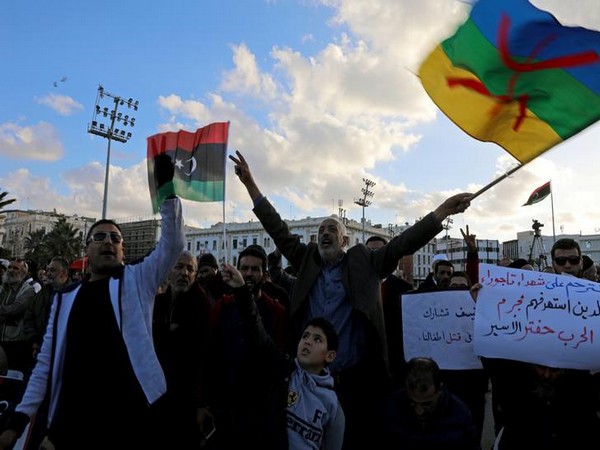 Tripoli [Libya], Jan 17 (ANI): Libyan military commander Khalifa Haftar secretly flew to Athens on Thursday for talks as Greece criticised its exclusion from a UN-backed peace conference in Berlin this weekend.
The Berlin conference is the latest international effort to end the nine months of fighting between Haftar’s forces based in the east of Libya and the UN-recognised government in Tripoli, according to Al Jazeera.
Greece was not invited to take part in Berlin negotiations despite its stated interest and Athens was angered by the Tripoli government signing a maritime and military cooperation deal with regional rival Turkey.
US Secretary of State Mike Pompeo will also attend the Berlin summit, and push for maintaining the ongoing ceasefire and getting all foreign powers to withdraw from the conflict in the North African country, according to the State Department.
Officials from Russia, Britain, France, China, United Arab Emirates, Turkey as well as several African and Arab countries have also been invited to attend the conference.
In a surprise move, Haftar flew to Athens by private plane on Thursday for meetings not previously announced by the Greek government.
He was taken to a luxury Athens hotel where he was met by Greek Foreign Minister Nikos Dendias for an initial round of talks, according to local TV footage cited by Al Jazeera.
Dendias is scheduled to meet Haftar again on Friday at the foreign ministry, where the latter is also expected to meet Greek Prime Minister Kyriakos Mitsotakis later in the day.
Greece has sought a more active role in Libya after the UN-recognised Government of National Accord (GNA) in Tripoli signed a maritime and military cooperation memorandum with Turkey in November seeking more influence in the Mediterranean.
The Turkish deal claims much of the Mediterranean for energy exploration, conflicting with rival claims by Greece and Cyprus.
Greece expelled the GNA ambassador in protest over the Turkish agreement, and sought to boost links with Haftar. The Greek foreign minister flew to Benghazi to see him last month.
The talks in Berlin come as world powers step up efforts for a lasting ceasefire, since Haftar’s assault on Tripoli in April last year sparked fighting that has killed more than 280 civilians and 2,000 fighters, displacing thousands. (ANI)