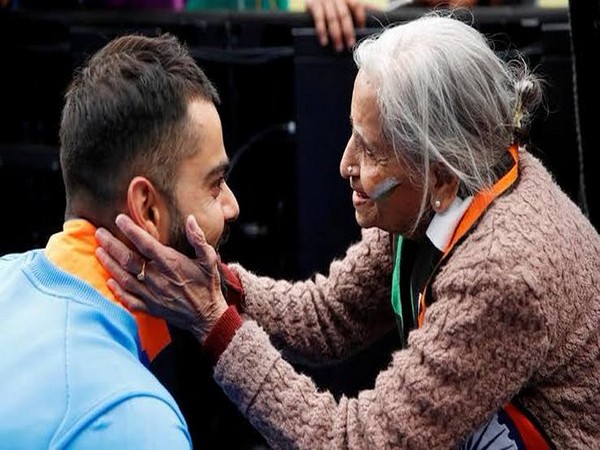 New Delhi [India], Jan 16 (ANI): Board of Control for Cricket in India (BCCI) on Thursday condoled the demise of India’s super cricket fan, 87-year-old Charulata Patel.
“#TeamIndia’s Superfan Charulata Patel Ji will always remain in our hearts and her passion for the game will keep motivating us. May her soul rest in peace,” BCCI tweeted. 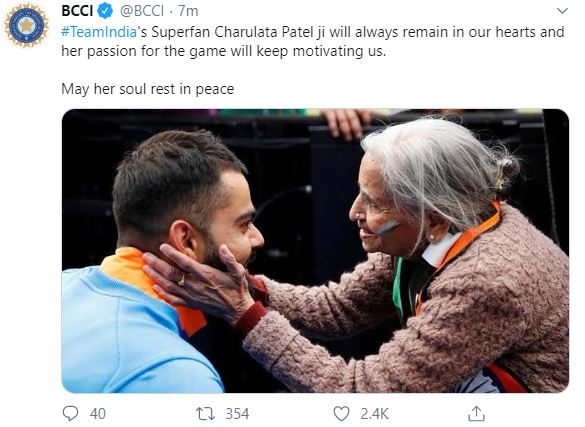 Patel had made herself a household name after turning up for India’s matches during the 2019 World Cup.
She went on to storm social media after she was seen cheering for the Men in Blue during their World Cup clash against Bangladesh.
After the match, the entire Indian side went to meet Patel and both Rohit Sharma and Virat Kohli were seen meeting the octogenarian fan.
“I am a very religious person and have so much trust in God. So, when I pray, it comes true and I am saying that India is going to get the World Cup, definitely,” Patel had told ANI during the World Cup.
The 87-year old had caught everyone’s eyes when she was ardently cheering for the Indian team when they were batting.
Patel had also stated that she was there in the stadium when India lifted their first World Cup, back in 1983, under the leadership of former cricket Kapil Dev.
“I have been there. When they won the World Cup, I was so proud, I started dancing. And today also, I told my granddaughter that when India is going to defeat Bangladesh, I am going to dance,” she had said.
“I have been watching cricket for decades. When I was in Africa, I used to watch it, then I came to this country in 1975. Here I had work because of which I did not get time to watch but I used to watch it on TV. But nowadays as I am not working, so I have the interest and I am very lucky that I get a chance to watch cricket,” she added. (ANI)

Sam Curran tests negative for COVID-19, to return to training in 48 hrs

No power equipment can be imported from China, Pak without permission: RK Singh

Saroj ji has left her mark and will be remembered forever: Anil Kapoor on Saroj Khan’s demise

We are fortunate to have ‘veers’ in Indian Army, Narendra Modi Ji as Prime Minister: Anupam Kher