Fun-filled trailer of ‘Love Aaj Kal’ is out now! 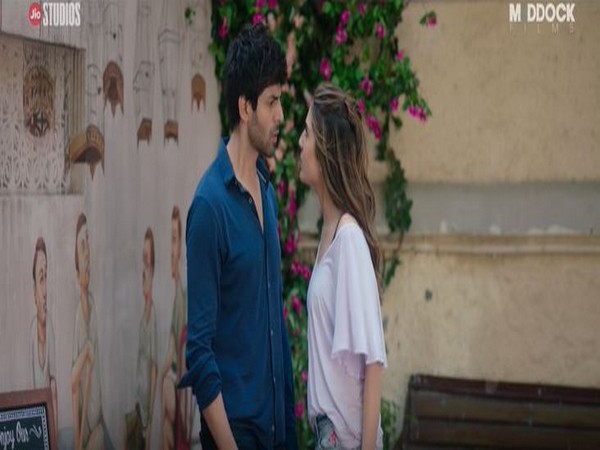 New Delhi [India], Jan 17 (ANI): The makers of the forthcoming film — Love Aaj Kal — on Friday dropped the official trailer of the flick, which has created fervour among the fans after a poster of the new age rom-com was shared by Sara and Kartik last day.
The trailer of the widely anticipated movie does take you in a roller-coaster journey filled with many emotions. The ‘Pati, Patni Aur Woh’ actor shared the news of the trailer release on Twitter. 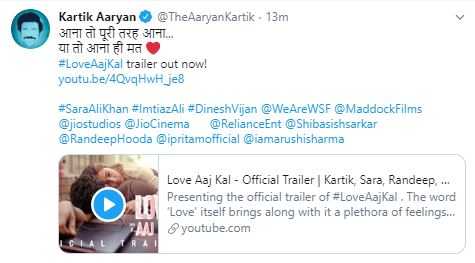 Clocking in at three minutes, the trailer is a flavoured mixture of comedy, heartbreaks, punchy dialogues, and of course, the new chemistry of Kartik and Sara on screen.
The video begins with the bond of Sara and Kartik in the present 2020 time, where Sara is furiously pointing towards Kartik for his indecisive state of accepting the love he has for her.
Then the sequence suddenly shifts to the retro 1990s where the duo is playing their younger self who are in school.
Sara’s character is played by a different girl, while Kartik acts for himself. Again, Kartik is being his shy-self, whereas Sara is up in prompting him to check her out.
There is a lot of back and forth shots of the two-time period-school time bond and the grown-up situations throughout the video.
Given a minutes to the video, the funny-comedy part between the two actors drastically changes to a toxic relationship, as Sara is dedicated towards her career and Kartik is unable to adapt to the changes.
Overall, the trailer promises for a light heart rom-com.
Directed by Imtiaz Ali, the movie also features Randeep Hooda, Arushi Sharma in significant roles.
The movie, which is set to release on February 14, 2020, presents Kartik and Sara as Veer and Zoe. (ANI)

Jyotika and I may act together next year: Suriya