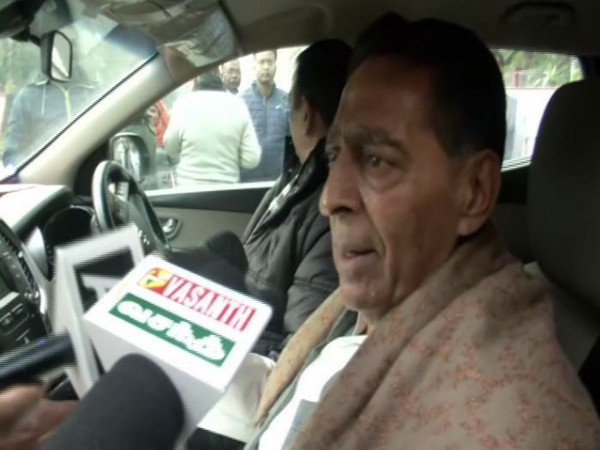 New Delhi [India], Jan 17 (ANI): The Congress has finalised most names of party candidates for the Delhi assembly polls and a meeting of Congress Central Election Committee (CEC) will be held on Saturday, Delhi Congress chief Subhash Chopra has said.
“Majority of names of candidates have been cleared. The CEC meeting will be held tomorrow at 10 am,” Chopra said on Friday after attending a meeting of CEC.
“The decision on five to ten seats is yet to be taken as we have to adjust certain people from different areas,” he added.
The CEC met at the residence of party chief Sonia Gandhi.
A list of party candidates is expected to be released on Friday.
The Congress has not yet been able to finalise candidates for the New Delhi seat from where Chief Minister Arvind Kejriwal is set to contest elections.
According to party sources, senior party leaders in Delhi have been asked to contest elections.
Arvinder Lovely is all set to contest from Gandhi Nagar seat. However, Ajay Maken has left to the United States as his daughter is unwell. The party is also likely to give tickets to young faces.
Congress leadership has decided to offer four seats to RJD.
Voting for Delhi elections will be held on February 8 and counting of votes will take place on February 11. (ANI)