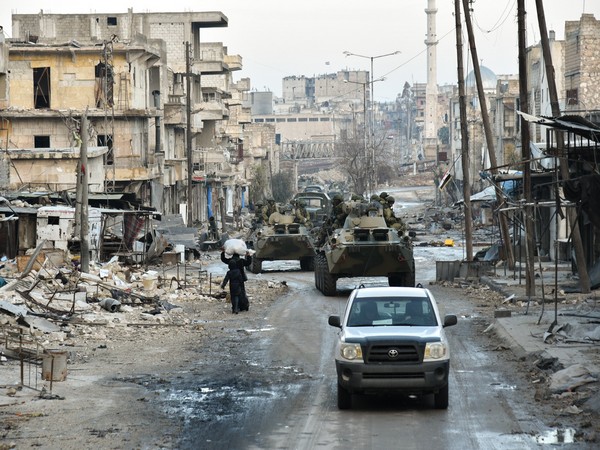 Damascus [Syria], Jan 17 (ANI): At least 21 people were killed in Syria’s rebel-held Idlib province following an air raid by President Bashar al-Assad government and its Russian allies.
The strikes were launched on Thursday defying a new ceasefire agreement brokered by Turkey and Russia. The ceasefire came into effect on Sunday, Al Jazeera reported.
The United States has condemned the strike and called Russia and Assad regime to stop these “brutal attacks”.
“Distressed by news of more men, women, and children killed overnight in Idlib. Another ceasefire broken, more innocent civilians paying the price. We condemn this violence in the strongest terms and, once again, call on Russia and Assad to stop these brutal attacks,” US State Department spokesperson Morgan Ortagus tweeted.
Since mid-December last year, Russia backed Syria government launched a fresh assault to capture the province.
Syrian Bashar al-Assad regime, backed by Iran, has reportedly promised to take back the rebel-controlled area.
They have since December 19 seized dozens of towns and villages from armed fighters amid clashes that have killed hundreds on both sides. (ANI)

Our aim is to save nation from divisive forces: NC

Sidharth Malhotra: ‘Marjaavaan’ is a tribute to…